Whatever you think about President Barack Obama, many can unite over the fact that he is undeniably sharp-witted. This compilation of the best one-liners from the 44th President of the United States is funny, entertaining, and maybe even a little educational. Fans of political humor or Chris Christie's viral YouTube put-downs will definitely love this Obama one liners list, with its comedy and sometimes roast-style humor.

Obama one-liners range from heckling his own hecklers to Obama jokes on the campaign trail. Obama clever lines never run out (that is, until 2017) and his quick sense of humor and sharp sense of timing often upset his opponents during the campaign season. In fact, some of these quips and funny Obama one liners were made during debates with presidential candidates like Governor Mitt Romney and Senator John McCain, both of whom became victims of the Obama sense of humor and high quality jabs.

Upvote the best of Obama's jokes and one-liners - no matter which side of the aisle you're on, these quotes are sure to make you laugh.
1
"All of you know who I am"
While most politicians would awkwardly fumble if their presidential seal suddenly dropped from the podium, Obama reminded audiences of his sharp wit. 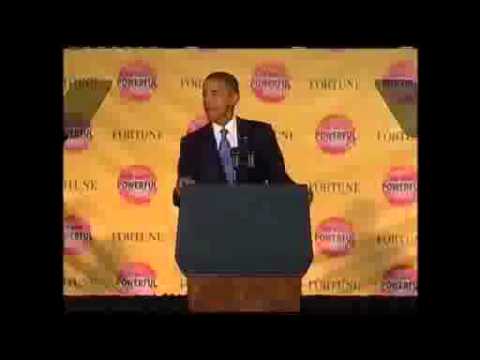 Funny?
2
"Ya kinda screwed up my ending but that's okay"
When Obama got yelled at towards the end of his speech, he politely reprimanded the shouter and got laughs in the process. 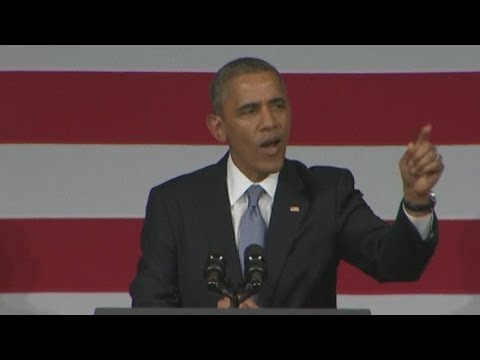 Funny?
3
"He thought Happy Hour started earlier"
Obama mocked a heckler during a press conference with a solid sense of humor, essentially accusing the man of being drunk.

Funny?
4
"Why don't you sit down?"
This was Obama's polite way of telling hecklers to STFU when they protested on behalf of Code Pink about Guantanamo Bay. 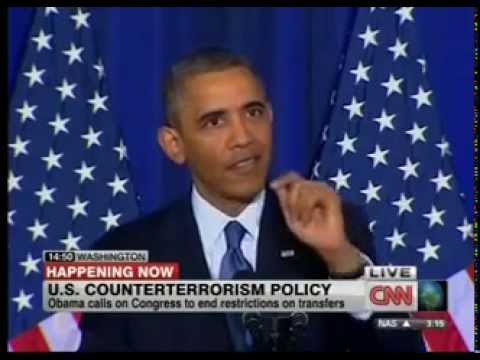