19 LISTS Big Spending in the '90s A look at the decade-long heyday of brightly-colored, ridiculously loud, direct-to-children marketing and the many toys, foods, and products you begged your parents to buy you.

Once-Iconic, Now Bygone Brands
The '90s Toys We Miss the Most
Foods You'll Never Taste Again
Cereals You Totally Forgot
Things You Could Sell on eBay
Games for Your Edutainment
Toys Everyone Had for Some Reason
Snacks You Can Still Get Today
Computer Games You Played at School
Crappy Toy Lines Made for Boys
Worthless Collectibles
Awful Clothes You Totally Wore
Amazing Toy Commercials
Trapper Keepers: Where Are They Now?
The Toys Every '90s Girl Had
Prizes from the Vending Machine
Annoying Toys That Proved Your Parents Loved You
Terrible Informercials
What Happened to Surge Soda?
Photo:  via YouTube

Kids toys and action figures have always been big business. Sometimes they are massive franchises that spawn billion dollar movies and decades of merchandise and enjoyment for kids and adults alike. Other times... well, they completely miss the mark. Ranker Comics has visited this island of misfit figures and collected a list of bizarre, obscure and ridiculous action figures from our youth.

Sure, there were the big money makers: He-Man, Transformers, G.I. Joe, Power Rangers. Then there are the imitators to the throne: M.A.S.K., VR Troopers, CORPS, Thundercats. These doppelgangers only lasted for a brief time and many found homes stowed away in the collections of the the bigger brands. We should dust these little plastic warriors off and celebrate their weirdness! Then there was the big comics of the 1990s where any and every comic book title was optioned for a toy line and cartoon combo. Some of these titles and characters no longer exist but their molded plastic forms remain, like an ancient trophy to a once powerful reign. Of course, the real money was in the tsunami of action and science fiction films, that were immortalized with brief action figure toy lines - even if the film is questionable in its marketing towards kids.

So stand proud, Biker Mice from Mars, Toxic Crusaders and Beetleborgs! Although you might have ended up in the neighborhood garage sale years ago, alongside some of the most dangerous '90s toys parents couldn't wait to get rid of, Ranker Comics has not forgotten your epic playtime battles! Noble readers, enjoy this meticulous collection of collectibles that are sure to stir a few memories and may make you want to revisit that dusty box in the attic!

Did you have these?
2
Thundercats
Unless you were around for the animated series that explained this feline-infused He-Man franchise, it's hard to look at these figures and not ask, "WTF?". The Thundercat figures have aged nicely, becoming popular collector items among those nostalgic for even the strangest of their favorite shows.

Did you have these?
3
Street Sharks
Every kid in the 90s had one of these rubbery, grinning, Street Sharks hiding in their bedroom. Of course there was also a TV show to set up the Street Sharks toy line, but it's clear that with as unique as these toys were, the concept to the figure came before the storyline. Which one was your favorite? We loved the 'extreme' tiger shark with roller blades! 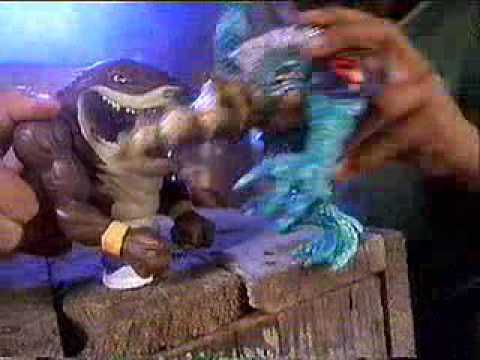 Did you have these?
4
Spawn
We think every kid had one of these mini statues buried and mangled at the bottom of their toy chest. The Spawn figures always looked AMAZING - tons of tiny details and paint decos. However, what they had in looks they lost in their play factor. That, and they always looked like they were from the pits of Hell, which makes it a little awkward when Spawn is hanging out with The Real Ghostbusters. 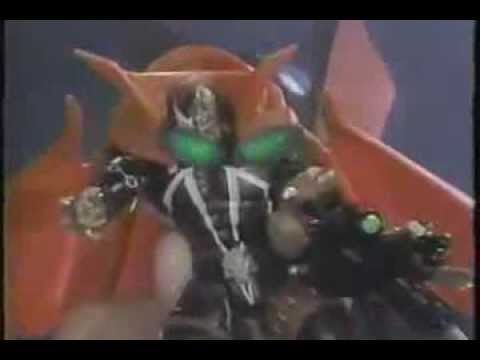 Did you have these?

The Best Georgia Bulldogs Running Backs of All Time

The Best Your Name Quotes

All The Rarest And Most Valuable LEGO Minifigures