25 LISTS This Is Halloween'Tis the season for costumes, candy, and spooky movies to scare your pants off.
Underrated Movies You Should Watch Best Halloween Movies for Kids Horror Movies That Happen on Halloween The Worst Years for Halloween Movie Releases How Notoriously Haunted Places Celebrate Razor Blades and Laced Candy The Weird History of Halloween Around The World Celebrate the Real Pagan Way Trick or Treat? Scenes in Film Old Specials Scarier Than You Remember In Celebration of Hocus Pocus Awful Real-Life Halloween Crimes The Greatest Halloween Candy Ever. EVER. The Worst Tricks and Treats to Get The Must-Attend Parades and Celebrations Best Halloween Episodes In Sitcoms Funny Signs for Trick-or-Treaters TV Specials of the 1990s Horribly Spooky Vintage Costumes Spooky Anime About Halloween
Photo: user uploaded image

Rather than leaving children to the blissful innocence of childhood and letting puberty scare them later, adults continue to take charge in scaring the youth with terrifying movies made for kids. Revisiting certain Disney movies really makes you wonder who green-lit these production, and why your parents let you watch them in the first place. For example, watched Pinocchio recently? Kids violently turn into donkeys and get eaten by whales! Maybe instead of popping on a horror flick this Halloween, try out one of these obscure scary children's movies to remind you everything, every day, is truly a living nightmare.

Plenty of pretty famous scary kids' movies exist out there to reminisce upon, but some of the scariest kids' movies ever are films you never even realized existed, or at least never realized the implications of. Who knew a film about a unicorn could get so dark and focused on death? How could an animated movie about rabbits in the English countryside be full of gore?

The Witches, based on Roald Dahl's book of the same name, stars a poor orphan boy named Luke who ends up at a resort hosting a witch convention, and not friendly, bumpit-wearing witches like Sabrina Spellman. These witches hate kids, trap Luke's grandmother’s friend in a painting, and attempt to create a potion to turn children into mice.

Truly unforgettable nightmare fuel: a scene where all the witches remove their human skins off to reveal what's underneath - sharp-toothed bald wrinkly monsters! You literally get to see them zip off their skin, a process that adds about five years of maturity to your childhood self. 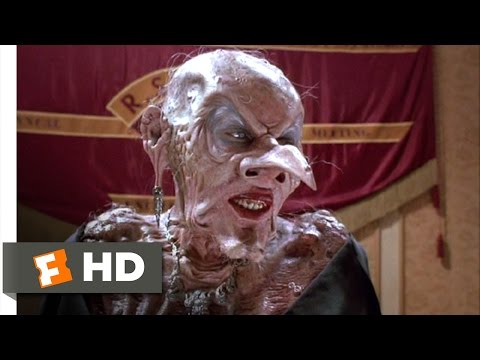 2
Don't Look Under The Bed

For anyone who considers themselves a '90s baby, October meant 13 nights of Halloween and the Disney Channel getting spooky, bringing you original classics like Halloween Town and Twitches. But you may not remember Disney Channel’s all-time scariest original movie, Don't Look Under the Bed. An unknown Boogeyman keeps pulling teenage pranks all over Frances McCausland's high school, and people think Frances is responsible. A Boogeyman who paints B’s in people's lockers and pouring gelatin in the swimming pool might not sound scary, but just you wait. This isn't Mom's Got a Date With a Vampire.

According to the film, when a child stops believing in their imaginary friend, it becomes a Boogeyman. So basically this monster is Freddy Kruger kind of scary, because it's all in your head. Frances’s own imaginary friend turns into a terrifying monster when a series of hardships forces her to grow up. Her imaginary pal Larry Houdini, originally suave and sweet, ends up growing fangs, sharp nails, and his eyes turn purple, a visual nightmare for children and adults alike.

More Don't Look Under the Bed

From the twisted minds of the people who made Watership Down a cartoon comes another classic: The Plague Dogs. The film follows Rowf and Snitter, two dogs from an animal experimentation facility. Scientists constantly drowned and revived Rowf, while ruining Snitter's mind by running tests on his brain. Once the dogs escape, they then must contend with an outside world that believes they carry bubonic plague.

Rowf, who trusts no humans, tries his best to protect Snitter, who desperately wants a master. Watching it sorta feels like Of Mice and Men, but with dogs, so it's even more heartbreaking. 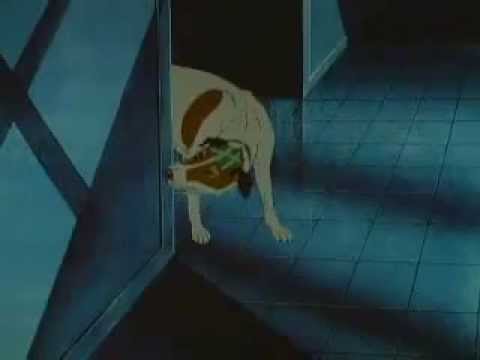 4
The Adventures Of Mark Twain

What happens when classic American literature meets American Gods. In The Adventures of Mark Twain, the famed author is on a stop-motion animated quest to meet Halley's Comet for an "appointment." During Twain's already strange journey to meet a comet, Tom Sawyer, Huck Finn, and Becky Thatcher join Twain in his airship, all of them sporting faces that looking nothing like human children. When the children realize the author may not ever take them back down to earth again, they attempt to wrest control from Twain to bring themselves home.

Little do they know, they find themselves in a Breakfast of Champions scenario, where the creations (characters) are at the mercy of their creator (writer). The message may be lost on children, but to an adult, these themes get a bit too existential. 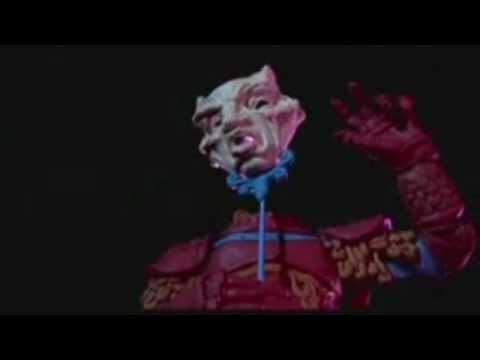