49 LISTS The SimpsonsLists about Matt Groening's animated sitcom about an average family from Springfield, airing since 1989.
Jokes That Wouldn't Fly Today Fan Theories to Think About Jokes That Really Came True Times the Show Got Really Dark The Dirtiest Jokes They Got Away With Episodes That Were Emotional Characters Spotted IRL The Greatest Made-Up Words The Greatest Religious Jokes in the Show Ridiculously Smart Jokes The Thing About Steamed Hams Homer's Many Jobs Favorite Characters The Funniest Simpsons Props Hilarious Business Names How They've Changed in Three Decades Every Season, Ranked Best Quotes in History Greatest Episodes of All Time Unforgettable Gags
Photo:  Fox

It is and isn't hard to believe the first episode of The Simpsons aired on December 17, 1989. While it's flabbergasting to think the show has been on the air for more than a quarter of a century, The Simpsons is such an American institution it feels timeless. In returning to old episodes, you might find some jokes that make you grimace - there are plenty of offensive jokes on the Simpsons the show couldn't get away with in 2016.

So what's this all about? Are there racist jokes on The Simpsons? That's probably in the eye of the beholder - where do you draw the line between racist jokes and jokes about race? There are certainly jokes you couldn't get away with today, and what many would consider outdated Simpsons jokes. There are also blatant sexual references, political jabs, and a blurring of the lines between adult and children's content that wouldn't fly in an increasingly divided programming system. Read on to see the Simpsons jokes that wouldn't work today.

The Joke: "The Simpsons Guy" is a Family Guy/The Simpsons cross over that aired as a Family Guy season premier. During the episode, Bart shows Stewie the prank phone call routine he does with Moe's Tavern. Stewie tries it himself and says to Moe, “Your sister is being raped.”

Why It Wouldn't Fly: The joke caused quite a furor when the episode debuted in 2014, coming as it did on the heels of the Steubenville High School rape case and tremendous national dialogue about rape and rape culture. Years later, after the Brock Turner rape controversy and other high profile cases, it's hard to imagine the network even trying to get away with this joke.

Would this cause controversy now?
2
Homer Gets Raped By a Panda

The Joke: Homer dresses up as a panda at the Springfield Zoo and a real panda rapes him.

Why It Wouldn't Fly: Um...rape. And bestiality. 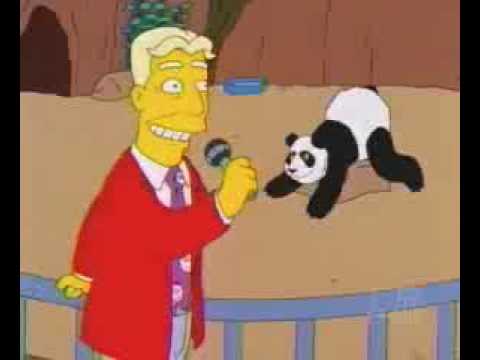 Would this cause controversy now?
3
The Show Takes a Dump on Brazil

In response the the episode, the Rio de Janeiro tourism board nearly sued Fox for damaging the city's image.

Why It Wouldn't Fly: First off, the bisexual stuff is kinda...not PC. It's also hard to get away with taking a giant dump on another country in 2016. Yet, at the same time, thanks to the Olympics, we know that a lot of what goes on the episode isn't far from the truth. 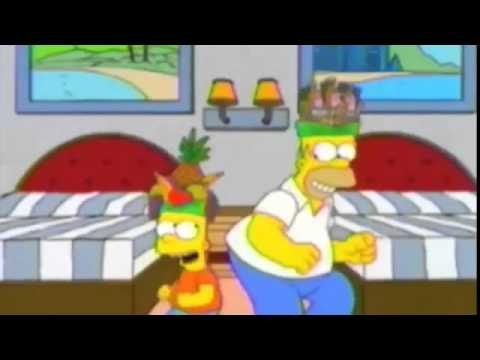 Would this cause controversy now?
4
The Catholic Church Gets a Sexy Makeover

The Joke: A fake Super Bowl ad for the Catholic Church, featuring scantily clad women at a gas station cleaning a man's car and seductively penetrating the gas tank with the pump handle, while crucifix pendants dangle between their breasts. The voice over says, "The Catholic Church: we've made a few changes.

Why It Wouldn't Fly: You could say it's due to an increasing sensitivity toward religion or a feeling that the joke is misogynistic, but actually it's because audiences and networks no longer understand, and therefore don't permit, intelligent satire - this fake commercial is obviously a parody of advertising as much as, if not mot more than, it is the Church. 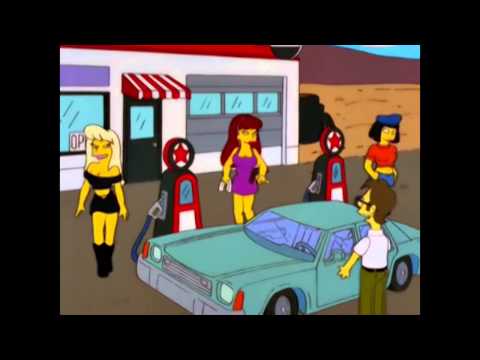