On the surface, the films in the Predator series are essentially retellings of Richard Connell’s The Most Dangerous Game. And if you think they’re simple tales of men fighting against nature, that’s fine. Many fans, however, aren’t afraid to look deeper in order to get to the choppa (and the allegorical meanings of Predator). There are actually a lot of levels to the film, and it wouldn't be outlandish to claim Predator is the best action movie ever made.

And, as with all things, if it bleeds you can write theories about it. These crazy Predator theories are both bananas and more-or-less on on par with the ideas we see play out in the franchise. As you’ll come to discover, you can kind of project anything onto a series of movies about dreadlocked space monsters coming to collect your skull as a trophy.

Predator fan theories don’t just touch on topics like the AIDs epidemic and the concept of masculinity (but, yes, they totally do that, too), they bring in other franchises, and even expand on the purpose of the aliens at the heart of the Predator series, the Yautjas. To read these Predator series fan theories, you need to remember all the bizarre moments in the five films, from how Dutch beat his alien foe, to how Danny Glover was an unlikely choice but did quite well against the city hunter. It's then you realize the Predator series is a tabula rasa, allowing any and all ideas to be applied. Just enjoy the ride, and get lost in a web of Predator movie theories.

Any Predator fan worth their salt remembers the original film ends with the Predator blowing himself up with an alien arm bomb. Rather than being a sore loser, however, he's actually applauding Dutch by killing himself.

Redditor ghostofyourmom says that because there's such an emphasis put on the Predator's countdown, it can only mean the alien is letting Dutch know what's up. And, rather than the laugh being a gesture meant to taunt Dutch, it's the only way the creature can tell his human adversary he's a worthy opponent.

Could this be true?
2
Super Predators Are Genetic Modifications Created By The Original Race

If you were one of the faithful people who watched the attempt at jump starting the franchise with 2010's Predators, then you remember the addition of the Super Predators. If you didn't, they are big ol' Yautjas wore bone masks and bullied their more diminutive cousins.

YouTube user Mr. H believes, and lays out in the video above, that in the 2018 follow up by Shane Black, the audience is going to find out that the Super Predators were created via genetic modifications by the old school Yautjas, who are now trying to keep their creations in check. Is that what's going to happen? Only time will tell. 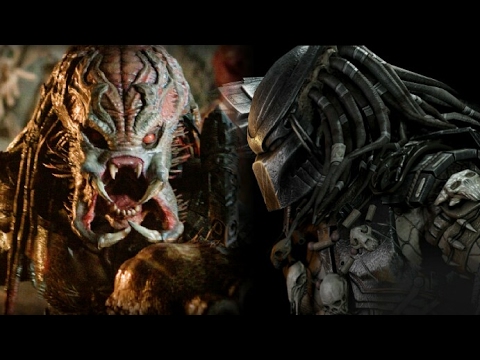 Could this be true?
3
Dutch's Team Was Unknowingly Playing A Game

In Predator, the men on Dutch's team are picked off one by one in deadly jungle warfare, but should they have been aware of what was going to happen to them? Redditor JimmyAJames believes so.

In the movie, Dutch and the gang are drawn to a downed helicopter, and they find a collection of skinned bodies hanging in the trees. But were those signs of bad luck to come, or an offering? In this theory, the idea is the Predator was inviting the special forces crew to play the most dangerous game. When Dutch and his boys killed everyone in the cartel, they messed up the game, and unwittingly became the prey of the creature.

Could this be true?
4
Prometheus Is A Sequel To The AVP Movies

Even though Ridley Scott said he was ignoring the AVP movies in his prequels to Alien, it turns out the movies fit like a glove. Reddtor jinhush believes that the planet from Prometheus was originally used by the Yautja for hunting, and that it wasn't a military outpost at all.

They may even be lying in wait for members of the Prometheus crew to create a new species for them to hunt. And if you're wondering, this is the order in which you should watch the films: Predator, Predator 2, Alien vs Predator, Aliens vs Predator: Requiem, Predators, The Untitled Shane Black Predator Sequel, Prometheus, Alien: Covenant, Alien, Aliens, Alien 3, and Alien Resurrection.

You know, should you have the time.

The Best Roy Orbison Albums of All Time

The Best Songs with Girl in the Title