16 LISTS Amazing Women You Should KnowLists about brave, brilliant, and fascinating women who have changed the whole entire world.
Amazing Women with Famous Husbands Coolest Female Firsts Accomplished but Unappreciated Most Influential Women of 2019 The Greatest Feminist Movies Films That Pass the Bechdel Test Candid Moments of Women in History Women Who Changed History Inventors You Should Know Women in STEM Fields Politicians Who Are Black and Female Movies with Kick-Ass Women Current Female Heads of State Women Who Should Be on Money The Greatest Female Directors Most Influential Women of 2020
Photo: U.S. Supreme Court

What are you wearing? Is that egg on your face? Despite the fact that it’s the 21st century, women in the public eye still get asked some of the most uninformed, sexist questions during interviews. Some women respond gracefully, some join up with the #AskHerMore campaign, some wake the neighbors with the sound of a gigantic eye roll, some pull off their rings and kick off their shoes fixin’ to get real. But all of them have to deal with sexism in Hollywood.

More and more women celebrities and public figures have been calling out the media about sexist, lopsided, softball, and just plain lazy questions. Robert Downey Jr. probably doesn't get asked about his skin care regime fives times during a full day of press, but many women are asked these dumb and dull questions interview after interview.

Tips! We've got tips for interviewers. Maybe watch the movies, come up with better questions, hire a writer to help you craft better questions, shake up an '80s magic eight ball, ask the nearest child, consult a fortune cookie — there’s a way to be better. So be better.

When it comes to reacting to those sexist questions on the red carpet, who withstood these inane questions the best? Which of these famous actresses decided they'd had enough and wouldn't answer one more question about their dress, beauty routine, or the balance of work and family life? From the Mani Cam to who Taylor Swift is going home with (hint: it's her cats), these famous women stood up to reporters and their ridiculous, sexism-fueled questions, taking back the runway and their interview time. So upvote the best actress responses to sexist questions below, and leave some good interview question ideas for reporters in the comments section.

Q: How do you balance your career and having a personal life?
A: Um, are you going to ask all of the men that tonight?

Shade is never better than when it's done with a British accent. Knightley has got the same old tired question at the Hollywood Film Awards in 2015, and she put those reporters right in their place. 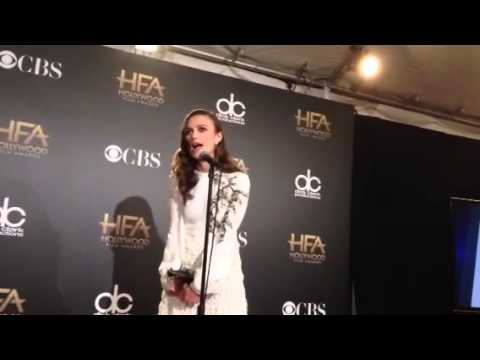 Q: How do you balance work and family?
A: A bold speech about double standards.

Two actors. Same profession. Same event: Women in Hollywood. Ben Affleck is asked about his work, Garner is asked how she can possibly be a working mom. Fortunately, Garner was speaking at the event that night and got the chance to fight back, going on to say, "As for work-balance, [Ben] said no one asked him about it that day. As a matter of fact, no one had ever asked him about it. And we do share the same family. Isn’t it time to kinda change that conversation?” 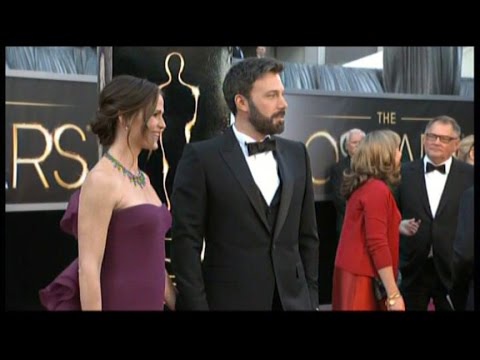 Nicki Minaj shut down a New York Times Magazine reporter who accused her of feeding off the of the drama between her boyfriend, Meek Mill, and Drake.

Q: ‘Is there a part of you that thrives on drama, or is it no, just pain and unpleasantness —

A: That’s disrespectful. Why would a grown-ass woman thrive off drama? What do the four men you just named [Meek Mill, Drake, Bryan Williams AKA Birdman, and Lil' Wayne] have to do with me thriving off drama? Why would you even say that? That’s so peculiar. Four grown-ass men are having issues between themselves, and you’re asking me do I thrive off drama?

That’s the typical thing that women do. What did you putting me down right there do for you? Women blame women for things that have nothing to do with them. I really want to know why — as a matter of fact, I don’t. Can we move on, do you have anything else to ask?

To put down a woman for something that men do, as if they’re children and I’m responsible, has nothing to do with you asking stupid questions, because you know that’s not just a stupid question. That’s a premeditated thing you just did. Do not speak to me like I’m stupid or beneath you in any way. I don’t care to speak to you anymore.

Is this awesome?
4
Scarlett Johansson

Q: Now, were you able to wear... undergarments?
A: What's going on? You're like the fifth person to ask me that question. Since when did people start asking each other in this industry about their underwear?

The Extra reporter certainly regretted this question after Jeremy Renner dropped his head in shame, and all attempts at salvaging the question were for naught. Who knew promoting The Avengers was really just a panel about undergarments? 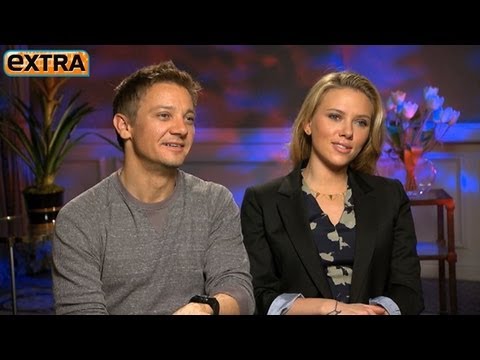