Studio Ghibli has mastered a rare art. The studio makes meaningful, (mostly) family friendly, truthful films, a feat requiring tact, grace, and a cold, hard look at how the world works. Ghibli movies walk a fine line between whimsy and melancholy, more often than not blurring the two, providing a Spielbergian sense of joy counterweighed by a very Japanese sense of sadness and fatality regarding the fleeting qualities of life.

Studio Ghibli has given us some of the most uplifting moments in animated history, and also some of the most heart-breaking. The saddest Studio Ghibli scenes hit a variety of notes on the sad spectrum, from bittersweet to downright depressing.A few sad scenes in Studio Ghibli movies rival those from emotion-stirring powerhouse Pixar, which stands to reason, as Ghibli has always been willing to explore dark, adult subject matter, and doesn't shy away from not-so-fairy-tale endings.

Many of the sad Studio Ghibli movies on this list leave you feeling cold – films like Grave of the Fireflies, which is considered by many to be one of the saddest films of all time. Others, like Princess Mononoke and Pom Poko, will have you second guessing the future of our planet and human civilization. Yeah, seriously. It gets bleak.

If you’re in need of a good cry, let the Ghibli masters take you to the uncharted depths of some of the lowest lows. And of course, MAJOR SPOILERS ahead for Studio Ghibli films.

1
When Seita Says, “She Never Woke Up,” in Grave of the Fireflies

Setsuko’s death is frequently referenced as one of the most heart-rending sequences in film, not just animation. After finally managing to find food, Seita, Setsuko's older brother, arrives back at the bomb shelter to find his sweet little sister frail and hallucinating. She holds up a rock and offers it to him, believing it to be onigiri (a rice ball). As he feeds her a bite of watermelon and prepares to cook rice, she thanks him, and the light leaves her eyes. The sequence concludes with the narrator’s brief words, “She never woke up.” 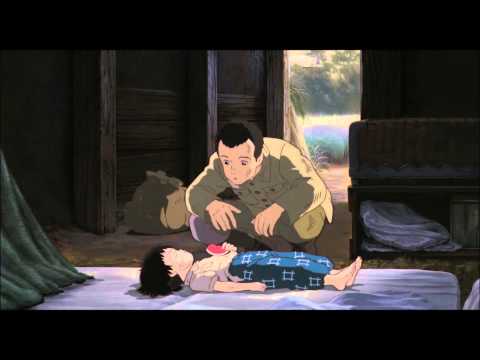 Agree or disagree?
2
When Setsuko Gets to Be a Kid in Grave of the Fireflies

Right before Seita puts Setsuko’s body in a casket, Grave of the Fireflies gives a glimpse of what Setsuko got up to when her brother wasn’t around. Before starvation hit, Setsuko spent her days as any child would, playing with whatever she could find at the abandoned bomb shelter. She gathered flowers; chased a dragonfly; and played rock, paper, scissors with her reflection. In the montage, Setsuko interacts with the world with curiosity and wonder, like any child would. The scene hits the viewer in the gut, coming as it does not long after her death. 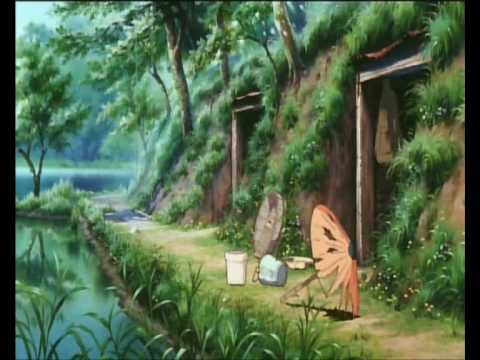 Agree or disagree?
3
When Seita and Setsuko Reunite in Grave of the Fireflies

After Seita dies in Grave of the Fireflies, he reunites with Setsuko in the spirit world. She runs to him, happy to see her older brother. Seita gives his sister her candy tin. She smiles at her brother, and when he tells her its time to sleep, she rests her head on his leg and shuts her eyes. She's finally at peace, and they're both dead. 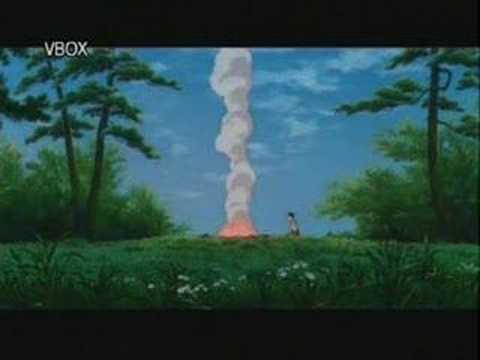 Agree or disagree?
4
When Seita Dies in Grave of the Fireflies

The first scene of Grave of the Fireflies sets the tone for the grim film, and is even more upsetting upon second viewing (if you can stomach watching it again). We see Seita, near death, on the floor of a busy train station. Commuters pass him by and recoil in disgust. He dies pretty soon, along with a second young boy, presumably another child rendered homeless by World War II. A custodian tries to shake Seita awake, realizes the kid is dead, then finds Setsuko’s candy tin. Seita kept his sister's tin because he knew how much it meant to her. The custodian takes the tin, rattles it, and promptly trashes it.

The Best Journey Albums of All Time

The 25+ Best Anime Based On Otome Games

The Best Minnesota Vikings Wide Receivers of All Time

all my fingers song, songs with the name tommy, how old is president clinton, flowers in the attic series, songs with kiss in the title, all girl youtubers, kimetsu no yaiba, best drugstore lengthening mascara, man on the run song, toddlers and tiaras full episodes season 6 episode 10