Shocking Endings That Got You Good
Movies Too Scary to Finish
Thrilling Horror That Barely Lets You Breathe
Horror That Is Oh-So-Clever
Obscure '70s Films You Should Know
The Best Horror Films Ever Made
Cheap Twists That Still Got You
The Dumbest Decisions in Horror Movies
Cursed Objects to Stay Away From
Unforgivably Pretentious
Analysis of Your Own Horror Habits
When Horror Franchises Lost Their Grooves
The Very Best Slashers of the 2010s, Ranked
Slasher Movies That Are Pretty Freakin' Smart
Horror Movies That Feel Kinda Good
The Most Utterly Terrifying Figures
Nastiest Decapitations
Movies with Gifts Gone Wrong
Supernatural Horror Kids You Don't Wanna Meet
Scary Monsters You Don't Want After You
Photo:  Fox Searchlight Pictures

No doubt, any great horror film will make the spectator scream in terror, white-knuckle their armrest, and feel like they’re having a heart attack. However, there are a slew of horrifying films that aren't in the horror genre, to say nothing of more explicitly horror-adjacent efforts. These movies that traumatize don’t need to rely on gimmicks like an invincible slasher or a haunted house that terrorizes its inhabitants. For these 14 scary non-horror movies, there is no monster hiding underneath the bed, and the boogeyman is real.

What makes several of the films on this list especially terrifying is that they actually happened in real life. Is there any greater horror than the events depicted in Schindler’s List? Would a genre horror film like Halloween make one question humanity like 12 Years a Slave?

These movies force the spectator to examine issues of race, psychological torment, and the depths of the human spirit. They delve into the deepest pits of the soul and force us to question our own morality. Most of these movies are not for sleepy Sunday afternoons, and most are too disturbing to watch more than once, but certainly important enough to screen when the time is right.

Data-driven recommendations based on voting from over 40 million monthly visits to Ranker. Try the free app
1
Seven

After you've seen Seven, the opening of a box will forever be no simple task. David Fincher's 1995 stylish neo-noir tells the sordid tale of a serial killer who bases his victims off of the seven deadly sins.

Fincher creates a hellish unnamed city in which it it never stops raining, and the streets always seem dirty and dank. Each crime scene is carefully crafted to take the spectator inside the psychotic mind of the aptly named John Doe. The film's twist ending still packs a walloping punch, no matter how many times you've screamed in mock horror, "What's in the box?"

Steven Spielberg's Academy Award winning 1993 drama takes the spectator back to one of the darkest times in world history. Shown in black and white, Schindler's List has an almost documentary feel, delivering many of the most dreadful horrors of the Holocaust via handheld cameras.

In a movie filled with scenes that will forever remind us how easily humanity can be erased by evil, one sequence in particular stands out. Due to the arrival of more Jews to the Plaszow Camp, Amon Goeth must weed the sick from the healthy in order to make room. Every prisoner is stripped naked and forced to run around to determine whether they will live or die. Some prisoners even cut themselves, using the blood to create a rosier picture of good health.

Schindler's List is one of the most important films of the past 100 years, but, despite its artistic excellence, it's not a picture that many people can watch more than once. It's only more heartbreaking to realize that these events actually happened and people were actually this cruel.

#508 of 1,699 The Most Rewatchable Movies #18 of 599 The Greatest Epic Movies Ever Madelisted on Every Oscar Winning Film Ever

Buried tells the story of Paul Conroy, a US contractor working in Iraq who is kidnapped and buried alive. With nothing to save him other than a lighter and a cell phone, Buried is a horrifying movie that make its audience feel as though they are choking for air alongside the protagonist.

If a spectator was not claustrophobic heading into the cinema, they definitely were after watching Paul struggle helplessly in his confined space for an hour and a half.

4
Requiem For A Dream

Perhaps no film captures what it means to be a hardcore drug addict better than Darren Aronofsky’s sophomore indie, Requiem for a Dream. The director’s hip montage editing style brings audiences into the world of heroin and speed addiction. Aronofsky pulls no punches, showing audiences rock bottom – the point of absolutely no return for four addicts who would otherwise probably be decent human beings.

Requiem for a Dream is beyond disturbing. It can make you run out of the room crying, begging for the images to leave your head – but they won't... not anytime soon anyway. 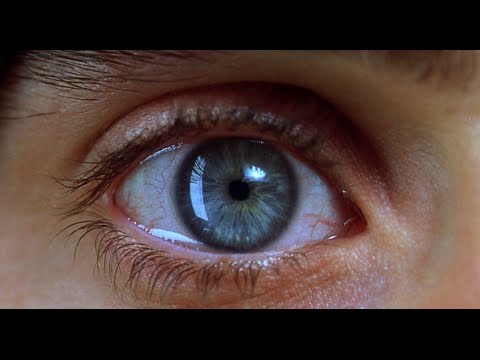 The World's Most Beautiful Animals

Funny Names to Give a Goat

Every Woman Vince Neil Has Dated

Women Who Prince Has Dated

The Best Movies About Eating Disorders