Cartoons with Heartbreaking Origin Stories
Winnie the Pooh Is All About Mental Illness
'90s Favorite Films That Were So Messed Up
All Your Faves, Totally Ruined
Movies That Just Don't Hold Up
Disturbing Scenes Wisely Cut from Kids Movies
Creepiest Eps of Beloved Kids Cartoons
Narnia Is Pretty Disturbing
Secretly Tragic Family Classics
We Need To Talk About Kevin McAllister
Bleak Truths About Classic Cartoons
Movies & Shows with Terrible Life Lessons
The Neverending Story Is Bleak AF
'Good' Parents Who Should Lose Custody
Movies That Taught Awful Lessons
Mortality in Kids Shows & Movies
Strange Facts to Know About The Wizard of Oz
Those Fictional Kids Would Be Totally F*cked
On-Set Stories from Willy Wonka
These Kids Should Be Grounded
Photo:  Warner Bros.

It's easy to wax nostalgic about films from your childhood. You might remember them as funny and heart-warming, but if you take a chance to watch them as an adult, you are going to realize there are a lot of kids’ movies that are surprisingly inappropriate. Filmmakers know parents often see films with their kids, so they add some adult content to make it entertaining for everyone.

The adult movie humor that went over your head in childhood may seem obvious now, but often the adult humor is a quick line that flies low under the radar. Some of these movies you never realized are inappropriate will have you thinking, “how was this given a PG-rating?” Well, all the dirty jokes you missed in childhood favorites are illuminated here.

Data-driven recommendations based on voting from over 40 million monthly visits to Ranker. Try the free app
1
Ray Has A Sexual Encounter With A Ghost And Peter Brought Predator Drugs On A Date In 'Ghostbusters'

The original Ghostbusters and its sequel, Ghostbusters II, may have been a little too grown-up for a PG rating. Ray Stantz (Dan Aykroyd) receives oral pleasure from a seductive and wispy ghost lady. How do you explain that one to the kids?

There is another joke in the film that simply shouldn't fly with any audience. Peter Venkman (Bill Murray) says he knocked out his date, the demonically-possessed Donna (Sigourney Weaver) with 300CCs of Thorazine; Thorazine was a popular method of date-raping in the '70s and '80s. Also, 300CCs is a dose large enough to kill six adults. Venkman did not know Donna was possessed at this time, so he didn't bring it on his date to sedate a demon. 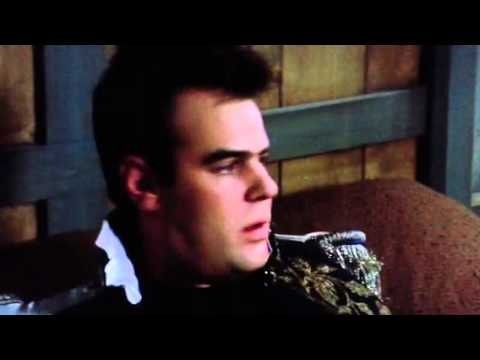 How The Grinch Stole Christmas is marketed towards kids, but some grown-up jokes make it totally fun to watch for adults as well. While the film is squeaky-clean for the most part, there is one joke that may have flown over some grown-ups' heads, too: a reference to swinging.

In the scene, a newly-flown-in baby Grinch finds himself outside the window of a Who annual holiday party. He looks disturbed as to what he sees inside: Whos putting their keys in a big bowl. Either the Whos were having a swingers' key party, or the host anticipated the Whos to get so wasted they weren't allowed to drive home. Either way, not the most kid-friendly.

The Mask starring Jim Carry looks to be your typical whacky, kid-friendly movie. In fact, kids loved it so much the movie spawned an animated TV series from 1995-1997. The movie is tame for the most part, but there are some adult jokes millennial tots probably missed.

In the film, Mask makes a bunch of balloon animals for some criminals. As he’s pulling deflated balloons from his pocket, he pulls out a condom and remarks, “Whoops, wrong pocket.” The other questionable content is the physically abusive relationship between Tina Carlyle (Cameron Diaz) and her gangster boyfriend, Dorian Tyrell (Peter Greene).

Lots of people grew up watching The Brady Bunch. You know, the story of a lovely lady... yada, yada, yada. While the Brady family from the popular TV show was as wholesome as could be, the ‘90s movie versions The Brady Bunch and A Very Brady Sequel were very un-Brady-like.

The Brady Bunch movies were inspired by Mel Brooks-style parodies, and if you know anything about his films, they’re not exactly kid material. Since the movies are about the Bradys, it’s easy to see how kids would get a kick out of it, though a lot of the adult scenarios might fly right over their little heads.

So, what’s some of this inappropriate material? Well, for one, there are constant intrafamilial innuendos and a kiss between the two eldest siblings, Marcia and Greg. Even though they are not related by blood it still feels... gross.

In the sequel, Carol’s first husband, Roy (Tim Matheson), eats a bunch of shrooms. Alice finds the bag and adds it to the pasta dish at dinner. Fortunately, the rest of the Bradys don’t feel a thing cause they’re already “far out.”

15 Epic Anime Scenes That Give You Goosebumps Every Time

The 13 Greatest Comedy Bits About Video Games (So Far)