List of the best Sho Kosugi movies, ranked best to worst with movie trailers when available. Sho Kosugi's highest grossing movies have received a lot of accolades over the years, earning millions upon millions around the world. The order of these top Sho Kosugi movies is decided by how many votes they receive, so only highly rated Sho Kosugi movies will be at the top of the list. Sho Kosugi has been in a lot of films, so people often debate each other over what the greatest Sho Kosugi movie of all time is. If you and a friend are arguing about this then use this list of the most entertaining Sho Kosugi films to end the squabble once and for all.

If you think the best Sho Kosugi role isn't at the top, then upvote it so it has the chance to become number one. The greatest Sho Kosugi performances didn't necessarily come from the best movies, but in most cases they go hand in hand.

The list you're viewing is made up of different films like Enter the Ninja and Blind Fury.

Revenge of the Ninja is an action film starring Sho Kosugi as a ninja. It is considered part of a ninja trilogy, starting with Enter the Ninja and ending with Ninja III: The Domination, but the stories are not directly related. The final battle is considered a battle between good and evil. ...more on Wikipedia

More Revenge of the Ninja ❯

Ninja III: The Domination is a 1984 film directed by Sam Firstenberg, and stars Sho Kosugi as Yamada, Lucinda Dickey as Christie, Jordan Bennett as Officer Billy Secord, and James Hong as Miyashima. Ninja III: The Domination is the third film in a series of Ninja films, the first being Enter the Ninja, and the second being Revenge of the Ninja, which are not directly related to one another in terms of storyline. ...more on Wikipedia 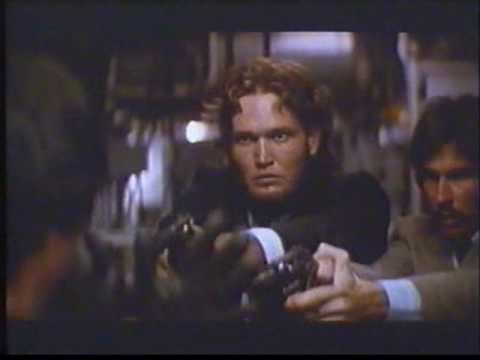 Enter the Ninja is a 1981 martial arts film directed by Menahem Golan and starring Franco Nero, Susan George and Sho Kosugi. Production was started in the Philippines with Emmett Alston directing, but when Charles Bronson refused to allow Menahem Golan to direct Death Wish II, Golan, a co-principal of Cannon Group which was producing both movies, took over directing duties of Ninja replacing Alston. ...more on Wikipedia

The Most Violent Moments From 'Hellboy' Comics