The Skinwalker Ranch is a weird place. Located near Ballard, Utah, it's long been the source of tales of monsters, space ships, and other bizarre phenomenon. Native Americans in the area believe the ranch is plagued by evil creatures known as Skinwalkers, while others claim to have seen UFOs, crop circles, and unexplainable lights. A family that lived on the ranch for two years in the '90s reported several strange incidents, including animal mutilation and disappearances as well as UFO sightings.

Some Skinwalker conspiracies suggest the government made contact with extraterrestrials and is covering everything up. Other theories assert that the ranch is home to a portal similar to the Hellmouth, which allows for interdimensional travel.

The Sherman family claims that a number of their cows were mutilated. One such cow had no signs of harm, not even bleeding, other than a hole bored through its eye. Others cows were found sliced up, with organs or other body parts carefully removed. In each case, the Shermans found no blood. A number of other cows, as well as six cats, vanished without a trace. Ranch dogs, meanwhile, were fearful of an unknown presence.

In another instance, the Shermans returned home to find four bulls packed into a trailer. When discovered, the bulls snapped out of a trance and became upset. No one could figure out how four bulls ended up in the trailer, which was locked and small enough that getting just one in proved difficult for the ranchers, let alone four.

Is this bizarre?
2
Lethal Blue Orbs

As told on radio show Coast to Coast AM, the Sherman family spotted blue orbs on the property. In one instance, the father set three dogs on the orb, which ducked away from them each time they approached, leading the animals further and further away from the ranch.

Once out of sight of the ranch, the rancher heard the dogs yelp, but he did not pursue them out of fear. In the morning, the rancher went to investigate and found three circles of burned grass with goo in the middle, supposedly all that remained of the dogs. 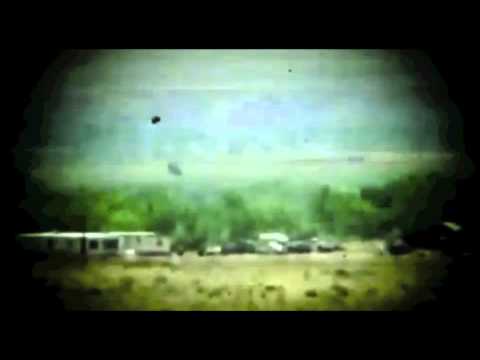 Is this bizarre?
3
The Bulletproof Werewolf

So the legend goes, just after the Sherman family moved to the ranch, they were approached by a huge, friendly wolf. Not long thereafter, the wolf thrashed a calf, prompting the rancher to hit it with a stick, to no avail. He shot the wolf with a .357 Magnum, which produced no results.

The wolf was struck two more times, then several times with a hunting rifle, with no result. Eventually, the wolf left of its own accord. The rancher followed its tracks, which simply came to an end, as though the wolf ceased to exist as it walked. Throughout their time there, members of the family claimed to see other large wolves and canine beasts.

Is this bizarre?
4
The Muscular Hyena

The family reported seeing a number of bizarre animals, including a beast that looked similar to a hyena on steroids. According to journalist George Knapp, they saw the creature accosting one of their horses before it disappeared, leaving behind only claw marks on the horse's legs.

This same animal may have been seen by others. The wife of a local cop noticed a similar creature at Skinwalker, and a visitor to the ranch spotted a brutish animal that ran 100 yards in a matter of seconds and roared loudly.