26 LISTS Goin' Down to South ParkFeaturing the funniest pop cultural references, Cartman's most diabolical schemes, the most controversial episodes, and more!
Celebs Picked on the Hardest Fan Theories to Think About Fun Facts All Fans Should Know When the Show Made Great Points The Greatest Episodes Ever Controversial Episodes Episodes That Were Total Duds Cartman's Most Evil Plots & Schemes Fun Facts About the Voice Cast Who Should the Show Mock Next? More Relevant Than The Simpsons The Best Eps About Butters Favorite Characters The Best Original Songs, Ranked The Best Episodes About Religion Best Cartman Episodes Realistic, Kinda Creepy Fan Art The Best Things Butters Ever Said Times Cartman Dipped a Toe in Actual Evil People Who Look Like Characters
Photo:  Wikimedia Commons (CC-BY)

For a crudely animated cartoon about four young Colorado boys living in their small rural hometown, South Park has seen and done it all. After nearly two decades on the air, there are few topics the Comedy Central series has not broached, tackled, or skewered in some form or another. Even early on in the show’s successful run, it was never afraid to push the envelope and was never too intimidated to say something that others wouldn’t. Given the ease with which creators Trey Parker and Matt Stone can turn around episodes, they continuously pull inspiration from current events and major moments in our culture - often to masterfully humorous effect.

However, within all of those controversial episodes and all of those ridiculous jokes, a bunch did something beyond shock audiences: they were smart and made us think. Some episodes of South Park not only made us laugh, but they also made us think long and hard about myriad issues that have popped up over the years. Sometimes they mocked current trends, and sometimes they even predicted future ones. More often than not, the show's assessments were right on the money. Stan and Kyle may often close out an episode by explaining what they learned, but oftentimes, so did the loyal audience.

1
"This is what Scientologists actually believe"

While the critically-acclaimed documentary Going Clear: Scientology and the Prison of Belief brought many dark aspects of the controversial religion to light in 2015, back in 2005, South Park broke new ground with the episode "Trapped in the Closet." Holding a magnifying glass up to Scientology (as well as its robust celebrity following) the episode tore the religion apart in a way that would take a whole decade to become widespread and accepted, earning itself an Emmy in the process.

Did you learn something?
2
"I don't care if Joseph Smith made it all up..."

When a perfect Mormon family moves to South Park, Stan's father Randy cannot help but be taken by their religion and the effect it has on their relationships. As a result, the Marsh clan similarly converts to Mormonism; however, Stan simply cannot stomach the religion and repeatedly attempts to poke holes in its logic.

South Park has never shied away from taking shots at religion, but this episode saw them look at it from the other perspective, and assert that a seemingly absurd religion that preaches good morals may not be such a bad thing. 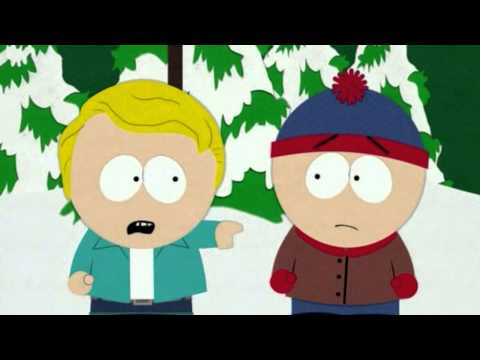 Did you learn something?
3
"It's always between a giant douche and a turd sandwich. Nearly every election since the beginning of time has been between some douche and some turd."

Vote or die. That was the ultimatum presented to Stan Marsh by rapper Puff Daddy when the fourth grader refused to cast a vote for giant douche or a turd sandwich to be the new school mascot. Despite its ridiculous premise, this episode of South Park touched on the concept of voter apathy, the fact that such apathy is not a crime, and the idea of whether or not our votes really matter in contemporary democracy. 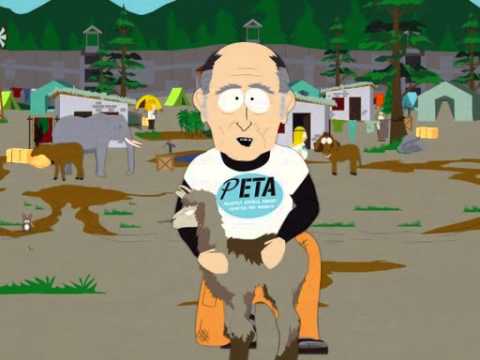 Did you learn something?
4
"Please for the love of God, don't ever show me in that condition on national television."

When Kenny finds himself in a vegetative state, Kyle and Stan fight to have him kept alive while Cartman battles to have the feeding tube removed. Modeled after the Terri Schiavo controversy of 2005, the episode takes no specific stance on the right to die issue, but instead condemns the approach the mass media takes towards what should be considered a private, personal affair. We live in a world where everyone's best and worst moments can now go viral in an instant; sometimes things are better left out of the spotlight.

Did you learn something?
LOAD MORE
Filed Under: Polls TVSouth ParkEntertainmenttop 10
more popular lists
Entertainment 91.6k readers 20 Famous Long-Term Couples That Split Companies 48.2k people have read Companies Headquartered in Missouri Songs 162 people have voted on The Best Songs With Chicken in the Title Astrology 4.4k people have read Which 'It's Always Sunny In Philadelphia' Character Are You Based On Your Zodiac Sign?