36 LISTS For the Fanboys and FanaticsLists of the best (and worst) times superheroes and villains took their fights off the pages of comic books and onto the big screen.
History's Worst Superhero Movies History's Best Superhero Films Worst Performances of Supervillains The Funniest Superhero Movies Best Comic Book Movies Ever Made Comic Movies We Can't Wait to See Worst Superhero Performances in Film Best Superhero Films by Fans Superhero Evolution on Film Movie Moments That Shocked Movies We Never Got to See Scenes That Show Why Marvel Movies Are Better The Top Superhero Movie Posters Actors You Forgot Were in Films Overdone Tropes in Marvel Movies Disappointing Superhero Sequels Poorly Executed Comic Book Adaptations Super Soundtracks You Have to Listen To Terrible Superhero Cartoons Announced Films You'll Probably Never See
Photo:  Birds of Prey / via YouTube

In the next five years we will have over thirty (THIRTY!) comic book properties released onto the silver screen. More than twenty of these are officially confirmed, with Marvel Studios having ten of those dates locked, and DC recently confirming even more for their franchises. Crazy. What upcoming superhero movies can you not wait to see?

This has been the dream of comic readers for years. The idea that all of our favorite characters would be immortalized in film seemed unbelievable, but now they are the golden standard for movies.

Marvel movies comprise some of the most successful franchises of all time. DC is racing to catch up, with all sorts of Justice League shenanigans on the way. Sony is turning their one major property (Spider-Man) into a huge universe of its own, with seven movies in total planned so far. Over at Fox, they are upping their mutant game and even revamping the Fantastic Four.

Oh, and Marvel just got the rights back for Ghost Rider, Punisher, and Blade back – so expect even more release dates in the coming years!

It's a wonderful, crazy, awesome time to be a comic fan and a film goer. Vote up the superhero film that you're most excited for!
1
Avengers: Age of Ultron
Marvel Studios
Release Date: May 1, 2015
Directed By: Joss Whedon
Starring: Robert Downey, Jr., Chris Hemsworth, Chris Evans, Scarlett Johansson, Elizabeth Olsen, Mark Ruffalo, Jeremy Renner, and so many more awesome people. 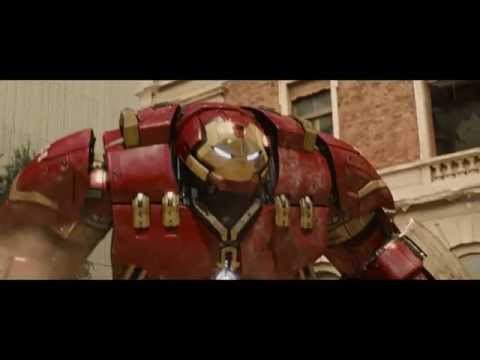