23 LISTS Great Moments in GamingLists about the levels and scenes you'll never forget.
Unforgettable Demises The Greatest Video Game Soundtracks Scariest Bone-Chilling Moments Theme Songs from Classic Games Achievements That Take Just Forever Haunting Ghost Stories in Games Even the Best Games Can Be So Frustrating Goriest, Most Brutal Moments The Creepiest Things in Classic Video Games Opening Levels You Never Forget Gaming's Most WTF Endings Twists That Blew Your Mind The Most Fun Things to Collect Most Influential Starting Levels Most Compelling Storylings Most Annoying Types of Levels Worlds You'd Want to Live In Unsatisfying Endings Isn't That a Little Sexist? Naughty Glitches
Photo:  Hyperchaotix via deviantart
"The Devil's in the details". Or was it "God lies in the details"? I'm not sure which quote is more correct, but one things for sure, details are hella important, especially in video games. Those little things that for one reason or another elevates the game beyond its competitors. It's usually something fairly pointless or useless, but it's just cool. The following is a list of some of gaming's biggest little moments.
10
Cole's Hat (L.A. Noire)

To be honest, it was playing L.A. Noire that brought on the idea for this list. Why?

For some reason or another, we've gotten used to the idea that character models on our heroes are unchanging things. If you are playing as say, Marcus Fenix, then no matter how many bullets get shot into your chest, that precious COG Armor isn't going to undergo any sweet "battle damage". 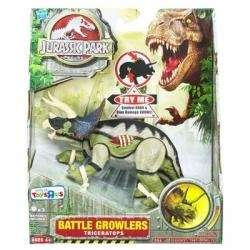 Which sucks, cause battle damage is the one thing that makes dinosaurs even more awesome; as proven by Jurassic Park Toys.

Anyway, I guess it's because I've gotten lulled into this silly state of complacency that Cole's Hat actually seems awesome to me. It's a seriously minor touch; the hat can fall off Cole's head if he gets punched or a bullet goes whizzing by, as seen in the following video:

It's a seriously minor effect. Even more minor is the added touch of Cole picking up and putting his hat back on if you walk over to it later. But these touches of detail not only makes perfect sense (seriously, Marston's glued on headgear in Red Dead Redemption was a bit odd), but brings the game just one step closer to the realism it's trying to sell. It shows a basic understanding of physics (hats get knocked off easily) and even a small character note, since Cole takes the tie to put it back on, and not ignore it.

He should care, that hat cost Phelps Twelve dollars. Twelve WHOLE DOLLARS! At 1947 prices, that was probably the equivalent of a car payment, three movie tickets, two pairs of shoes, or a night with Betty Grable!

Now this is something that I love, but so few game developers ever actually include. One of the few that does seem to do this consistently though, is Nintendo.

Remember how in Mario Kart 64, the main menu's background image changed once you did everything in the game? Or how about Starfox 64, where if you waited on the title screen, after getting the intro, you could swing the little 64 around and have the team track it? They always looked so surprised! To be fair, if giant floating backwards numbers appeared in front of me at my photo shoot, I'd probably freak the f**k out. 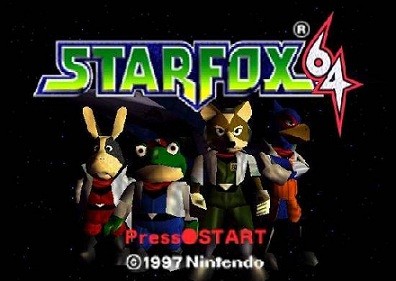 But they're not the only ones. Valve's main menus for single player games have backgrounds that change locations depending on how far you are in the game. If you're halfway through Half-Life 2 the background on the title screen isn't just City 17, it's now the Antlion coast.

But the king of this concept still belongs to Nintendo, if for no other reason than Mario 64, and the big stretchy Mario Head.

Why did starting the game bring us a floating disembodied Mario head? Why was it stretchier than Elastigirl's birth canal after a night with Stretch Armstrong? Who in their right mind would think of this?

Questions for the ages. But this little pointless menu distraction has probably collectively sucked away hours of our lives, and it does absolutely NOTHING. But it's OK, since it was fun, and seeing as that's like, the point of video games, I think we're all glad it's there.
8
Petty Naming Screens (Uniracers)

Back in the long ago, the before time, when games were 16 bits a little war erupted between the two giants: Sega and Nintendo.

The first shot was fired by Sega, when they claimed that "Genesis does, what Ninten-don't!"

And this wasn't something said in an E3 press conference, or as a snarky comment in an interview. This was their ad campaign.

That's ballsy right there. No obvious parody using "Brand X", or implied inferiority of their competition. It was just Sega straight up calling Nintendo out like they were drunk at a bar and Nintendo had hit on Sega's girlfriend. Sega wanted to take this outside.

Of course this attitude was thus carried over into every single schoolyard in America. Battle-lines were drawn and soon everyone was seeing insinuations in even the most harmless animations, like in Sonic the Hedgehog's intro screen where he waves his finger . . .

If you were a Nintendo fanboy, it became frustrating since it seemed like the Big N was constantly trying to take the higher ground. While not responding to such petty taunting makes perfect sense to the adult mind, to a child, it's like letting your enemies win without fighting back.

Eventually though, Nintendo did start tossing in jabs here or there, but man were they subtle. The best example has to be in one the SNES's most intriguing little games, Uniracers.

This 1994 release about the ghosts of epileptic acrobats possessing unicycles in a series of apocalyptic death races (that was the plot right?) is probably the only thing, let alone game, that has ever tried to make the unicycle cool. More amazing was that it actually worked, since the game was kickass.

So what happened if you tried to enter the name "Sega" or "Sonic" on the name entry screen? Well, then Uniracers declared you to be:

Of course these sort of petty jabs at the competition were from an age long past. We'd never see any major corporation ever stoop so low after the 90's. Right?
7
Mega Man's Hadouken (Mega Man X)

Everyone loves a good secret in a video game.

I mean especially the ones that are completely hidden. The stuff that no one in their right mind would ever think of doing, but if you do, you get that sense of wonder and satisfaction that only come from exploration. You feel like Indiana Jones must have felt when he first spotted the Cross of Coronado or the sense of perverse awe that comes when you and your grade school buddy make your first hand vagina.

The thing of it is, most secrets in games are actually worth something. You unlock a costume, and that can help relieve boredom and add some novelty. You discover a secret code for more lives, and that's just plain useful. You find a hidden summon or weapon, hell, these bad boys are often game breaking.

But then there are the secrets that for all intents and purposes, are useless.

Maybe it's like the Adventure Easter Egg (by all accounts the first one), and all you've stumbled upon is a hidden developer credit. Or maybe it's changing the announcer from a friendly guy into a total jerkwad. Or maybe it's just a stupid photo of an annoying character after searching a desk fifty fracking times.

The more hidden and more useless these are, the more of a gigantic cocktease they become.

But for my money there was no secret more teasing than the one in Mega Man X.

At the time, this secret was up there with the whole Sheng Long in Street Fighter 2 rumor in terms of legend. I mean the requirements are kind dumb-f**k-tarded.

You have to :
1) Beat all 8 Mavericks Bosses (OK).
2) Get all Heart and Sub Tanks, (Alright).
3) Get all the X-Armor upgrades (still don't see what the problem is).
4) Go to a specific spot in a specific level that not very obvious, and then jump into a pit and die - FOUR TIMES. (Wha?)

If you do all this, then on the fifth time you go to the spot, Dr. Light appears in Ryu's Gi and teaches Mega MAn how to do a hadouken. Cries of "BULLS**T!" echoed across many a playground upon this revelation. So of course this secret turned out to be one hundred percent accurate.

But this is all just a tease because well, you have to put in a ton of effort for a new attack that's, well . . . terrible.

I mean Mega Man can already fire energy at enemies all the time. Having a fancier way to do that doesn't accomplish anything. There's pretty much no reason to NEED another way to do this, and there's no reason that such a convoluted means to do this was ever necessary.