Early on Tuesday May 17, 2011, it was reported that Arnold Schwarzenegger not only has a love child with a maid/staffer of his, but that he's been keeping it secret for over ten years. Being outed as the cause for the recent divorce of Maria Shriver and Arnold Schwarzenegger, this astounding news has led to a few things.

First, it led to an LA Times article about How to Talk To Your Kids About the Arnold Schwarzenegger/Maria Shriver Scandal, which kind of brings to mind this Louis CK joke about gay marriage and people not being able to talk to their kids. 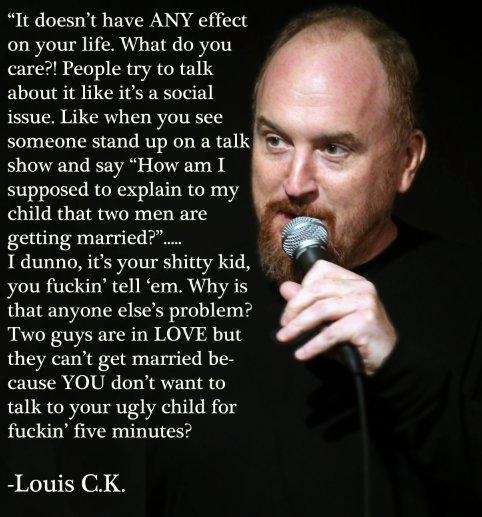 Then, of course, it led to a bunch of people being really angry at him.

It also led to a few supporters.

We got some brands changing their branding strategies almost immediately.

And, of course, pictures like these, that will most likely be the ground floor for any memes that come out of this. 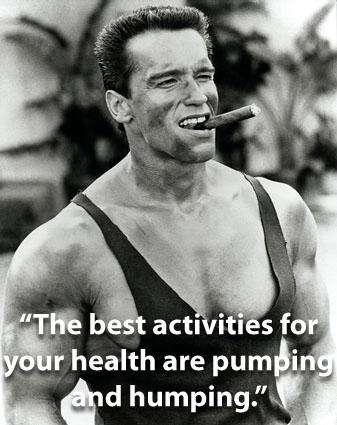 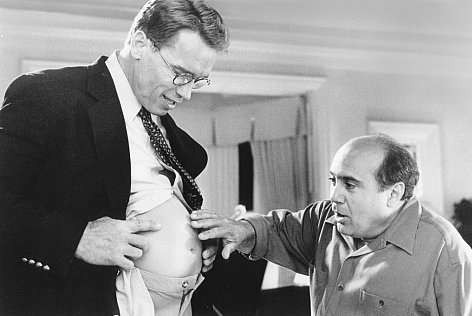 (Personally, I hope this one wins) 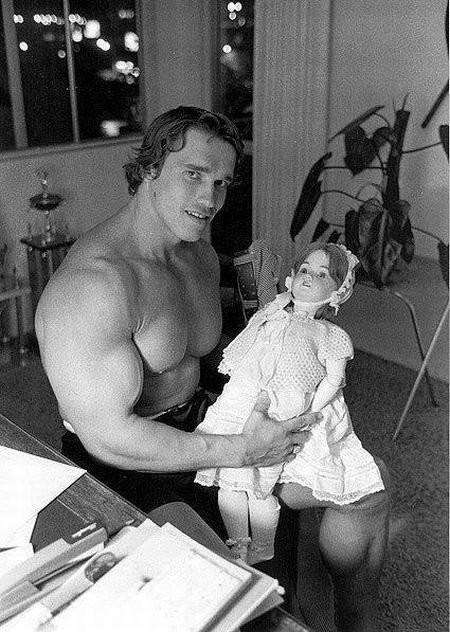 And then, for hours on end, people on Twitter raced to be the first to get out puns, jokes and comments, in any way they could, about Schwarzenegger's secret love child. So, here's the abbreviated version (which will be updated as new good ones come in) of the best, funniest and most ridiculous Twitter reactions to "The Governator" not only filing for divorce, but having a secret family for over a decade. A decade.
The Funniest Arnold Twitter Reactions 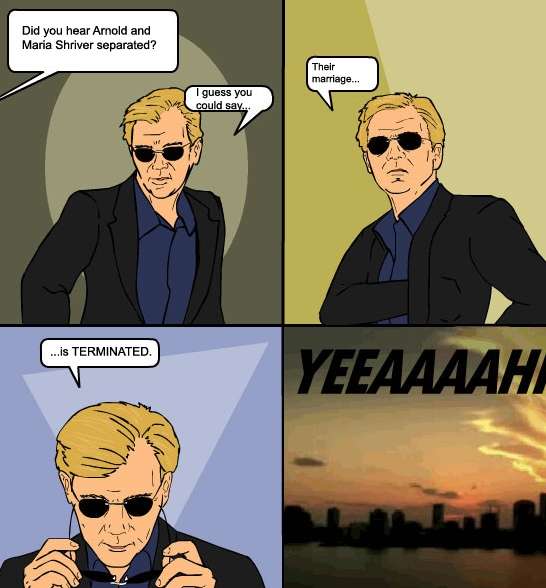