35 LISTS Celebs We Love to Hate They're on your TV! And in every magazine! And all over the radio! What are you supposed to do? Just ignore them??

Most Infamous Personalities from the Internet
Do You Know Who I Am??
Stars Who Are Aging Poorly
Biggest D-Bags in Hollywood
Deadbeat Dads
Celebs Doing the Walk of Shame
Totally Rek'd by Plastic Surgery
Has-Beens Nobody Cares About
Celebrity Sell-Outs
Notorious On-Set Divas
Uh Oh You Seem Off
The Worst Celebrity Makeup FAILs
Hollywood's Most Famous Black Sheep
The Absolute Worst A-List Actors
Tweets that Totally Backfired
Celebs with the Lowest IQs
Talentless Hacks
Celebs Forced on Us by Hollywood
Worst Dressed Celebrities
Please Just Go Away Already
Photo: flickr/CC0

From self-destructive behavior to bizarre appearances to just plain kookiness, the following famous people may be the most entertaining celebrity trainwrecks of all time. The troubled exploits of the rich and famous always get attention, and it's impossible not to keep looking or following the star's every crazy move. This list of awesome superstar trainwrecks includes the hottest hot messes of all time, and even some of the wildest rock stars in history.

The rise of social media has even helped these crazy celebs to crank up the antics to high gear. This is because of the popularity of Twitter rants, open letters on Facebook, or thousands of Tumblr pages and YouTube videos documenting the highs and lows of living a celebrity life. It's not always funny, especially when the star gets into serious medical or legal trouble. While some of the famous train wrecks below have either cleaned up their acts or since passed, each one has left, in one way or another, a huge mark for injecting heavy doses of scandal and notoriety to Hollywood history.

So who is the Hollywood's most entertaining trainwreck of all time? Cast your vote for the messiest and most scandalous celeb from the list below, and see who gets voted to the top! Don't forget to check out these lists of celebrities who have declared bankruptcy and stars with gambling problems.

In the wake of his 2011 firing from the hit CBS sitcom "Two and a Half Men," and a rift with series' creator Chuck Lorre, Charlie Sheen had a very public meltdown. During this episode, he proclaimed himself a "warlock" who had "tiger blood" and "Adonis DNA" flowing through his veins. Hollywood's most famous bad boy even shacked up with two female adult industry stars he collectively nicknamed his "goddesses" and started the viral hashtag #WINNING.

Sheen returned to series TV the following year with a starring role on FX's "Anger Management." However, FX canceled the show after two seasons. 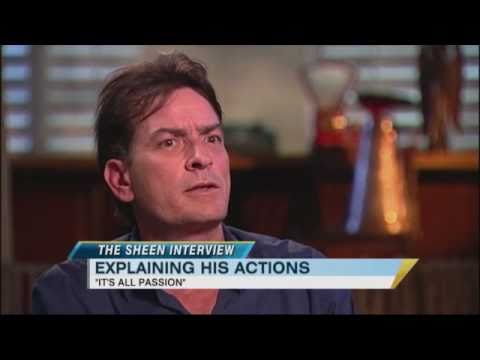 Lindsay Lohan's infamous collection of mugshots only tells half the story. Considered the ultimate Hollywood trainwreck, the former child star turned into a cautionary tale with her multiple arrests, rehab stints, family drama, and reckless driving.

The outspoken rapper and Kim Kardashian's husband has had so many public outbursts, he's got his own list: Kanye West's famous rants and stage crashes.

#13 of 529 Things That Are Not As Cool As People Think They Are #11 of 508 The Greatest Rappers Of All Time The Best Songs Feat. Kanye West

The queen of grunge has cleaned up her lipstick-smeared act. However, she's now less known for her music and more visible for bizarre Tweets, her (since resolved) feud with former Nirvana member Dave Grohl, and a strained relationship with daughter Frances Bean.

#242 of 453 The Greatest Singers of the Past 30 Years #1,024 of 2,209 The Best Rock Bands of All Time A Timeline Of Courtney Love And Marilyn Manson's Bizarre, Dramatic Friendship

The Most Stunning Female Volleyball Players

The Most Ridiculously Overpowered Anime Characters of All Time

What to Watch If You Love 'The Good Doctor'