28 LISTS All Things PixarRankings and lists about films and characters from the studio that brought you mindblowing animation from A Bug's Life to Wall-E.
100+ Easter Eggs in Every Movie Adult Jokes You Never Noticed Fan Theories to Think About Every Pixar Movie, Ranked The Very Best Pixar Couples Theories About The Incredibles Favorite Characters in Pixar Universe Emotional Scenes That Got You Misty-Eyed Easter Eggs You Missed in Incredibles 2 Best CGI Cartoons Adult Jokes in Finding Nemo References to 'The Shining' in Every PIxar Movie The Best Pixar Shorts, Ranked Hilarious Puns In Pixar Movies The Best Puns in the Whole 'Toy Story' Franchise Fun Facts About Inside Out Easter Eggs in Inside Out Are All the Movies Connected? Cutest Animals in the Pixar Universe Best Characters in the Whole Toy Story Universe
Photo: Walt Disney Studios Motion Pictures

For a movie with very few words, WALL-E certainly has a lot to say. With sly references, hidden biblical messages, and major environmental themes, the 2008 Pixar movie stood out from the animated Disney films that came before it. Unsurprisingly, the sci-fi comedy was critically praised and commercially successful, ending up regarded as one of the best Pixar movies.

There are plenty of interesting things about WALL-E that will make you look at the movie in a whole new light, whether it's one of those hard-to-spot Pixar Easter eggs or just a fun little bit of trivia. Let's take a look at some of the most fascinating things about the animated classic.

Sound designer Ben Burtt was given the massive task of creating the voice for the movie's main character - which consisted of lots of beeps and whistle sounds. It wasn't a new task for Burtt, who's known for voicing R2-D2 in the Star Wars films. He explained how he got involved in the project in an interview.

"I had just finished my 29-year, 10-month tour of duty with 'Star Wars,' and I thought, 'Well, at least I don't have to do any more robots.' But when Pixar called, I could see this was something more like a Frank Capra romance with Buster Keaton thrown in. And you had the challenge of not only creating the sound for this fantasy world, but the even bigger task of creating principal characters built out of sound," he said.

Love it or trash it?
2
WALL-E Is Named After Walt Disney

One interesting bit of WALL-E trivia is that the character and film's name has a direct correlation to Disney founder Walt Disney. A simple shortening of the legendary Walt Disney' first name is what sparked the idea for the titular character's name - serving as a tip of the hat to a man who started a company that ultimately was responsible for the huge success of Pixar and its films.

Love it or trash it?
3
The Design For WALL-E Was Conceived At A Baseball Game

Director Andrew Stanton came up with the design for the titular character while at a baseball game. He'd been using binoculars, and at one point realized that he all he needed to create a memorable character was in his hands.

"You don't need a mouth, you don't need a nose, you get a whole personality just from [the binoculars]," Stanton said of the design development that led to the creation of the WALL-E character.

Love it or trash it?
4
The Toy Story 'Pizza Planet' Truck Makes A Cameo

The Easter eggs in Pixar movies are some of the most fascinating and fun aspects of their legacies, and WALL-E is no exception. One particularly amusing Easter egg in the movie happened just a little ways in, when EVE is seen scanning a broken down trunk at a junk yard.

That truck in question just so happens to be the Pizza Planet truck from the iconic Toy Story - a callback to arguably the most cherished Pixar film of all time and the movie that started the company's rise to animation domination. 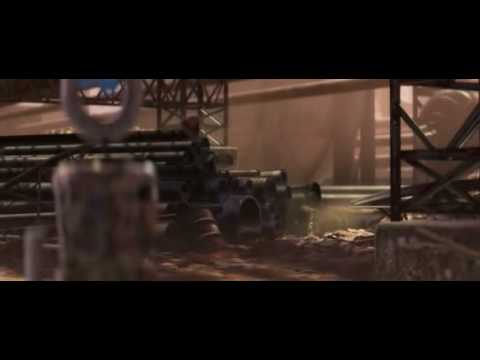 Love it or trash it?
LOAD MORE
Filed Under: Polls WALL-EKids EntertainmentPixar
more popular lists
READ 5.4M readers Unexpected Consequences Of Jumping Off A Bridge To Your Death Celebrity Trivia 975 people have voted on Ways Henry Cavill Bewitched The Internet's Heart Brands 356 people have voted on The Best Briefcase Brands Culture 416.8k people have read 15 Mysterious Books Throughout History No One Can Explain