17 LISTS Fun With Mary JaneIt's legal! (Some places.)
Crazy Things Celebs Have Done High Fun Pics of Celebs Smoking Together Pot Laws in Foreign Countries When Stoners Were Way Too High for This Urban Legends About Weed Memes for the Very, Very High Hilarious Notes from Stoners You Might Be a Stoner Famous People Born on 4/20 The Coolest Paraphernalia You'll Ever See Funny Signs at the Dispensary The Very Best Stoner Movies The Funniest Movies About Weed The Greatest Fictional Stoners Myths to Stop Believing Influential Stoners in Film History The Best Stoner Comedy Specials
Photo: pxhere
The greatest endorsement for drugs is how often celebrities - the people who pretty much have it all - do them. So here's a great collection of all the greatest times a celebrity has been caught high on camera: from cocaine to "salvia," from Lohan to Moss, to yes, even Miley. In regards to the stoner celebrities, I guess it can't really be considered that bad if they say they're using weed for its medical benefits, right? Or they could just recite one of Seth Rogen's weed quotes to the media and just not care what the public thinks. Regardless of how they respond to the media, I guarantee these celebrities are smoking some of the best weed strains out there.
1
Miley Cyrus Caught Smoking "Salvia"

To go with her newfound adult trainwreck (instead of teenage almost-trainwreck) image, the pop star was caught smoking salvia, a legal herb in California with psychedelic properties, from a bong just five days after her super s**tty 18th birthday party.

The video was shot in her home in Los Angeles where she and her friends were hanging out, because, really, if you were as rich as her, you'd have all your teenage parties at your own house too.

After confessing that she's "having a little bit of a bad trip," Miley then freaks out after thinking she sees someone who looks like her ex-boyfriend Liam Hemsworth. After realizing he's not Liam at all, nor does he look like him, Miley lets out a laugh that Billy Ray Cyrus said "made [him] sad". You can see it at 1:14.

Later, Miley starts rapping Nicki Minaj's lines in Trey Songz's "Bottoms Up" and absolutely slaughters them. If you've never heard this song (aka if you have taste), here's the song for reference: the song.

The video ends with Miley saying, "I want more of that sh*t, I swear."

Pure goodness, from beginning to end.

When Billy Ray Cyrus heard about the news and was saddened by it, this cartoon came to mind: 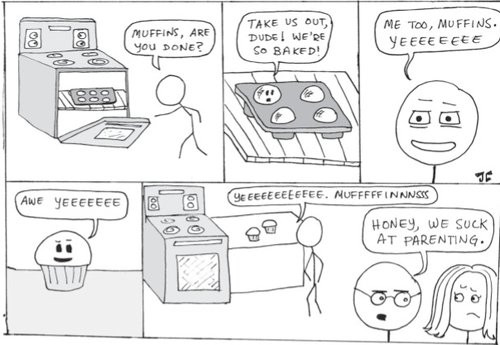 First of all, Paris rolls deep. I don't care what you think about her. You know how hardcore she is? According to this story, she found some cocaine in her purse that she thought was gum. Not only does price not matter to her, but she probably keeps little bags of coke in her foyer right next to where she keeps the gum, just so she can grab one of either on the way out the door every day.

Anyway, to explain this picture: just one day after Paris Hilton's post-jail interview with Larry King where she confessed she's never done drugs, a video surfaced online which clearly shows the blonde heiress puffing away on a pipe.

The video, which you can watch HERE shows her expertly packing her bowl while her friend documents the occasion. They're in some sort of cafe with hip hop music playing in the background (and a really patient stalker that you'll have to keep your eyes peeled for in the background).

Once again: this video surfaced the day after she got out of jail for possession. Also, her friends always sound like douchebags in every single one of her online videos. Yes, all of them.

The Daily Mirror, an extremely reputable source of journalism in the UK that everyone loves and respects almost as much as we do Star magazine here in the U.S., published a picture of Daniel Radcliffe, otherwise known as the lead actor in all the Harry Potter films, allegedly smoking pot.

Apparently what happened is that he was smoking a joint, or a "spliff" as the Brits would call it, let a girl draw all over his face, which then drew attention from all the partygoers.

As they started snapping camera phone pics of the international superstar taking hits off his spliff, which he vehemently denies was a spliff, he left. His rep says that Radcliffe often enjoys roll-up cigarettes, but never smokes marijuana.

... not according to British tabloids and, well, more importantly (read: importantly), picture evidence.

If Lindsay Lohan isn't in a bathroom stall somewhere snorting coke, then there's probably an earthquake coming up. Either that or a comet.