Among all the Disney animated movies, there are some unexpectedly great sequels out there, including the straight-to-video ones. Shocking, right? The common myth about these straight-to-video sequels is that they are trash - nothing more than quick cash grabs for Disney to profit off their bigger films. They suffer from bad animation, might be recycled from TV series ideas, or are just flat-out bad. Sure, some of them are of lesser quality, but if you took the time to watch some of them, you'd be surprised.

A few direct-to-video Disney sequels are pretty damn good, especially when you take into consideration that they had a fraction of the budget as the originals. You can't expect a movie with a two million dollar budget to match something with the full force of Disney's corporate empire. Once you adjust your expectations with that in mind, these sequels become a lot more enjoyable.

Do any of these beat out the originals? Of course not. But at their best, they expand the world of the originals and give fans another chance to hang out with their favorite characters. Plus, a few of them actually have some damn catchy songs and hold unexpected Disney Easter eggs. Some of these forgotten Disney sequels deserve another look and reexamination from fans - they just might change the way you look at Disney's biggest hits. Check out the titles below and vote up the best straight-to-video sequels from Disney.

While this movie doesn't pick up the plot points of A Goofy Movie (no mention of Roxanne is just criminal), it does continue Goofy and Max's dynamic. As much as Max has learned to love his dad, he doesn't enjoy him being around all the time - especially when he was supposed to be all by himself in college. Utilizing some classic '70s tunes, this one is worth watching, especially since PJ finally gets a little lovin'. 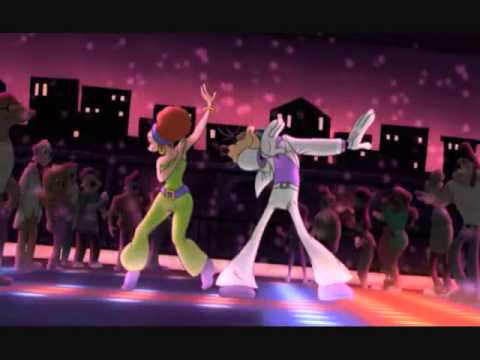 Is this a good sequel?
2
The Lion King II: Simba's Pride

After the ending of the first Lion King, you'd think everything would be peaceful at Pride Rock but the son of Scar complicates things for Simba's daughter. Simba's own prejudices are the highlight of the film, showing he's not as squeaky clean as you'd assume he'd be as an adult. Obviously adapted from Romeo and Juliet, this is the movie that will make anyone fall in love with a lion. (Hey, a lot of people seem to love Scar's son, Kovu.)

3
Aladdin And The King Of Thieves

Wrapping up not just the Aladdin film series, but also the Aladdin TV series, viewers finally meet Aladdin’s dad, who is voiced to absolute perfection by John Rhys-Davies. The final moments of this special bring the franchise back to its start, with the street market seller singing the final verse of “Arabian Nights.” This movie marks a definitive ending to a Disney franchise, which is a rare occurrence.

More Aladdin and the King of Thieves ❯

Influenced by Rosencrantz and Guildenstern Are Dead, this film lets fans in on the backstories of Timon and Pumbaa and explores what they were doing during the climatic scenes of The Lion King. The film's humor is on point, with some wonderful in-jokes about Disney’s history. It also has above-average animation for a Disney sequel.