42 LISTS The Walking Dead It's the final season of AMC's hit show, adapted from a comic book series, about life for survivors of an actual zombie apocalypse.

The Most Brutal & Badass Kills
Comic Book Differences
Fan Theories to Think About
How the Comics Finally(!) End
Easter Eggs You Didn't Notice
Comic Scenes Too Graphic for TV
Infuriating Little Details
Things That Would Improve the Show
Fun Facts All Fans Should Know
Characters: TV vs. Comic Books
What O.G. Fans Hate About the TV Adaptation
The Best Daryl Dixon Moments
Objectively Bad Decisions Made by Survivors
Pet Peeves That Annoy All Fans
Other Shows & Films TWD Fans Should Watch
Carol Kicking So Much Ass
Gross Things the Living Have Eaten
The Showmakers' Worst Decisions
Irritating Characters
So When Did You Stop Watching?
Photo:  The Walking Dead / AMC

back to page 1
5
T-Dog Saves Carol From A Walker Herd, Sacrifices Himself

As the prison is overrun, T-Dog attempts to shut them out but gets bit at the fence. He and Carol are caught in the dark prison, running from a herd of walkers. T-Dog gruesomely gives his life to save Carol. Miss you, T-Dog. 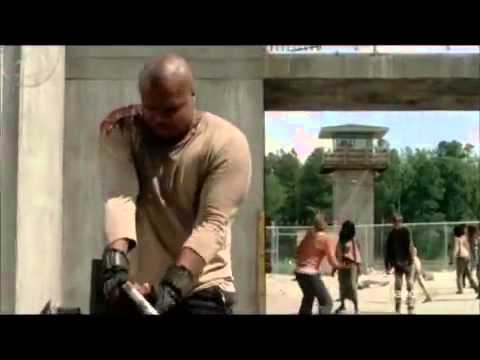 Rick finds a friendly horse on a farm and rides it into Atlanta, a now-iconic image. Rick has no idea just how overridden Atlanta has become until he and his equine buddy turn a corner downtown and run into a massive herd near a tank. He has to leave the horse behind as he seeks cover in the tank. 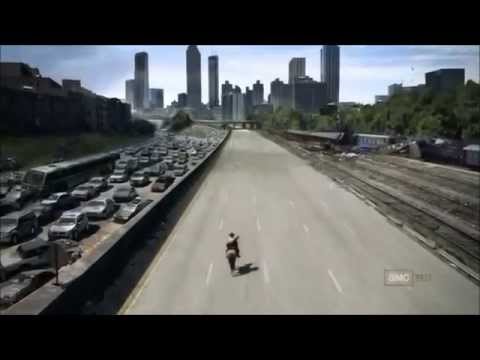 Was this gruesome?
7
Otis Betrayed By Shane And Torn Apart By Walkers

We knew Shane was a jealous jerk, but we didn't know he was this cold. On a meds run, the heavyset Otis can't keep up with the svelte, slightly swole Shane, so Shane strikes Otis in the leg, leaving him behind to be devoured.  Shane shows up the farm, spinning a tale of how Otis sacrificed himself to save Shane.

Later, Shane would wear Otis's clothes and say a few words about him at his memorial service. 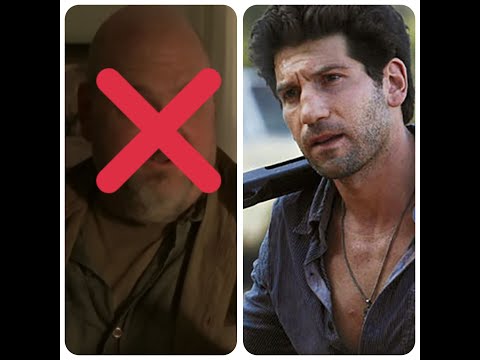 Was this gruesome?
8
Jessie And Her Kids Go Out With A Chomp, A Bang, And A Slice

With Sam, we saw this one coming. What we didn't see coming was that the rest of Porch D*ck's family would go with him. Carol's prophecy of being walker food gets in Sam's head. He hesitates, gets chomped on. Then his mother gives up and backs into some walkers. Then Ron turns his gun on Carl and fulfills a comic book storyline where he gets his right eye shot out.

The most stone cold thing in this moment is Michonne running Ron through with her sword.

The Best Kansas City Chiefs Quarterbacks of All Time

The Best Songs for a Family Slideshow

The Most Valuable G.I. Joe Action Figures Of All Time

Members of the Manson Family