24 LISTS Behind the ScenesLists of fun facts and fascinating photos from production on your favorite films, TV shows, and more.
Bad Guys and Villains On-Set Production Feuds That Changed Films Stories of On-Set Steamy Scenes Tragedies on Reality TV Sets The Darkest Film Shoots in History Insane Stories from Horror Movie Sets Famous Movie Props: Before and After Female Roles Written for Men Actors Who Swiped Movie Props On the Sets of '90s Flicks Set Photos from Huge Movies On-Set Pranks Rare Audition Tapes Pics of Actors Taking a Break Behind the Scenes of Iconic TV Shows Props Used in Multiple Movies The Animals Who Became Movie Stars Actors Replaced by CGI Miniatures on Movie Sets Scary Horror Villains In and Out of Makeup
Photo: Lucasfilm/Disney

Next time you’re watching your favorite film and an actor starts to cry, just ask yourself: is that the talented actor crying on cue, or is it the result of a director using some secret methodology to get the actor to cry? There are several cruel tactics directors have used to make actors cry, from yelling and screaming to telling them that their dog died - and child actors seem to bear the brunt of such dirty tricks. Oscar nominated nine-year-old Jackie Cooper had his own uncle and director Norman Taurog threaten to shoot his dog if he didn’t deliver the level of tears needed for a scene in Skippy. Cooper never forgot it, naming his future memoir Please Don’t Shoot My Dog.

And it seems like Mel Gibson’s been making actors cry for a few decades now - he yelled at 11-year-old Gaby Hoffmann on the set of The Man Without a Face until she cried. And Rob Reiner got Wil Wheaton and Jerry O’Connell to the right level of hysteria by screaming at them before that classic train-dodge scene in Stand by Me.

Sometimes, the director isn’t the only one making actors cry on set. On the second day of Kramer vs. Kramer, Dustin Hoffman thought it would be a terrific idea to slap and then berate Meryl Streep about her recently deceased boyfriend, much to director Robert Benton’s horror. What you see on Streep’s face is tearful rage. His reason? Getting the 29-year-old Streep into the space he thought she need to be in for the scene. Jokes on you buddy - she’s got more statues than you by now, and she never had to slap anyone to do so.

Probably one of the most tortured actors on any set, Shelley Duvall, spent 13 months being yelled at and wrung out by Stanley Kubrick on the set of The Shining. Those tears in the axe scene? Total terror and hysteria from a broken Duvall. But no one seems more broken than Martin Sheen in the opening scene of Apocalypse Now. Sheen had a full-on drunken crying meltdown while Coppola encouraged him.

Let’s look at some other cruel tactics directors have used to make actors cry and then try not to feel guilty the next time we watch them break down for real.

It’s a well-known fact that Kubrick was hard on Duvall during their 13 months of filming The Shining. Kubrick made Duvall perform 127 takes hitting co-star Jack Nicholson on the head with a baseball bat, setting a record for the most retakes of a single movie scene with spoken dialogue - and that’s not all he did.

To elicit fear and hysteria in Duvall, Kubrick treated her with open hostility in front of the cast and crew. He never let up, pushing the actress to the brink of insanity. Even Nicholson was appalled. "Jack Nicholson's character had to be crazy and angry all the time. And in my character, I had to cry 12 hours a day, all day long, the last nine months straight, five or six days a week... After all that work, hardly anyone even criticized my performance in it, even to mention it, it seemed like. The reviews were all about Kubrick, like I wasn't there," Duvall told Rolling Stone.

When Duvall appeared on Dr. Phil in 2016, she said that she believed Robin Williams was still alive and was a shape-shifter, that there’s a “whirling disc” implanted in her leg, and that the Sheriff of Nottingham was after her. 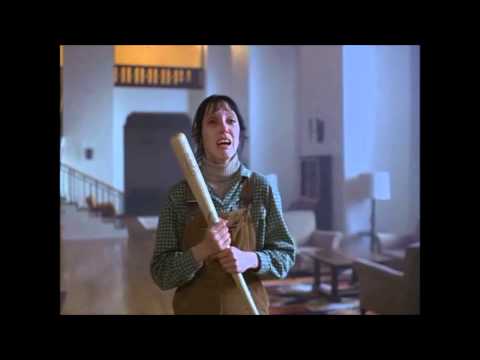 Is this disturbing?
2
Ruggero Deodato Was Deemed A Sadist By Cast And Crew

Deodato is responsible for one of the most grotesque and horrible set atmospheres in the history of cinema. On the set of Cannibal Holocaust, seven animals were killed at his direction in a hackneyed and cruel way. He also put the cast and crew in dangerous situations. The overall effect was that both cast and crew were crying constantly. Deodato enjoyed the atmosphere and results so much that he was deemed a sadist by those on the set. The scenes in the film were so extreme, Deodato was charged with making a snuff film. He was arrested for obscenity.

An Italian court found Deodato, the producers, screenwriter, and United Artists representative guilty of obscenity and animal cruelty, sentencing them each to a four-month suspension.

Is this disturbing?
3
Director Norman Taurog Threatened To Shoot A Child Actor’s Dog

During the filming of Skippy in 1931, Taurog threatened to shoot Jackie Cooper’s dog on the set of Skippy if he didn’t cry on command. Cooper, only 9 at the time, complied but never quite got over it and named his autobiography, Please Don’t Shoot My Dog. Ironically, Taurog was also Cooper’s uncle.

"Hollywood was pretty horrid from the outset," Cooper recalled. "My uncle threatened to kill my dog, for Christ's sake! Hollywood was - and, I'm pretty sure, still is - no place for the faint-hearted,” Cooper wrote.

Is this disturbing?
4
Dustin Hoffman Pulled A D*ck Move And Director Robert Benton Couldn’t Stop It

On the second day of filming Kramer Vs. Kramer, Hoffman decided he would motivate Meryl Streep’s performance at the elevators by slapping her just before the camera rolled. The move stunned not just Streep, but astounded Benton and the producers. Streep was 29 and unknown, but she certainly didn’t need to be struck to give a good performance.

Equally vile was the fact that Streep had recently lost her fiancé, actor John Cazale, to lung cancer and Hoffman taunted Streep about his death. Producer Richard Fischoff recalled to Vanity Fair: “He was goading her and provoking her. Using stuff that he knew about her personal life and about John to get the response that he thought she should be giving in the performance.” Fischoff said Streep went “absolutely white” after shooting the scene and left the set in a rage.