38 LISTS After LifeFirst comes death, then comes the autopsy, embalming, a funeral, burial, decomposition, and who knows what else? Join us on the whirlwind journey of the next chapter!
The Eight Stages of Expiration Promession, The Cremation Alternative The Weirdest Things Coroners Have Seen Gnarly Medical Examiners' Reports The Family's Obligations Studies Show: You're Conscious After You Go! The Industry of Cryogenics Yuck Facts About Human Remains How They Access Your Sweet Bones The Insides of Embalming The Stages of Decomposition Horrors of Body Brokering Making Cadavers Look Alive Again Notes from a Pathologist People Who Woke In the Morgue What Goes Down in a Crematorium Working as a Mortician What It Really Feels Like The Deal with Organ Donation Laws for After Someone Passes
Photo:  Dennis Stock

Death is life's only certainty, so J. D. Healy and Catherine Shultz did the only logical thing: they built a museum commemorating the end of life. The pair founded the Museum of Death in the late '90s, and it has locations in both Los Angeles and New Orleans. What can you see at the Museum of Death? The short answer is creepy stuff. From crime scene evidence to portraits done by serial killers, visiting the Museum of Death is a truly unsettling experience.

Weird attractions at the Museum of Death are not actually meant to spook visitors. The space is about death, not horror, and is intended to educate the public about a variety of issues surrounding death, funerals, and the afterlife. But that doesn't mean the Museum of Death is for the faint of heart. While inducing fear is not the ultimate goal, most people leave the museum as shaken as they are enlightened. If you dare, stop by two of the country's strangest museums to peruse exhibits and displays that explore everyone's ultimate fate.

1
Photos Of A Woman Dismembering Her Boyfriend's Corpse

In a side hallway in the Museum of Death in Hollywood, there is a grisly display called "For Your Consideration." It’s a series of photographs of a young woman who murdered her ex-boyfriend with the assistance of her new boyfriend. The pair then took various pictures of themselves grinning and posing as they mutilated and dismembered the victim’s nude body. Oddly enough, the pair had the pictures developed at a local department store.

Is this disturbing?
2
A Re-Creation Of The Heaven's Gate Suicide

Heaven’s Gate was a cult that was formed in the 1970s and gained traction via the internet in the 1990s. Founded by Texas music teacher Marshall Applewhite and nurse Bonnie Nettles, the cult believed they were living in the end times and would be taken to new planets by a spacecraft that was following the Halle-Bop comet. In order to ascend to a higher plane, 39 cult members committed suicide by ingesting barbiturate-laced applesauce they then washed down with vodka in March of 1997.

The cult members’ bodies were discovered in a mansion near San Diego, CA. The deceased all wore Nike sneakers, placed bags over their heads, and covered their bodies with purple shrouds. If you want to see this macabre scene recreated with dummies, you can do so at the Museum of Death in Hollywood. In addition to the display, the video Marshall Applewhite made explaining the reason for the mass suicide plays near the exhibit. 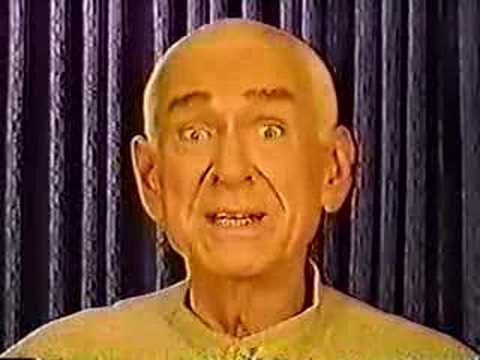 Is this disturbing?
3
The Severed Head Of Henri Landru

Henri Ladru was a French serial killer who routinely courted and then murdered widows in Paris throughout the early 1900s. Landru posted a personal ad in a local paper falsely advertising himself as a widower seeking matrimony. He then lured vulnerable women to a villa just outside Paris, wooed them until they signed their savings over to him, and ultimately killed and dismembered them.

In 1919, the sister of one of Landru’s victims tipped off the authorities. The police closed in on Landru and raided his home, where they found incriminating evidence that included bone fragments in his oven and a list of missing women. Landru was eventually executed via guillotine for his crimes.

If you want to see the remains of the famed serial killer, you can do so at the Museum of Death in Los Angeles. Landru’s severed, mummified head is on display behind glass.

Is this disturbing?
4
A Bust Of JFK Post-Assassination

President John Kennedy’s gruesome assassination on November 22, 1963 shocked the nation, especially since his death was caught on tape. The Museum of Death in Hollywood contains a sculpture of JFK’s head post-assassination, with the right side of the scalp and skull missing. There are also actual autopsy photos pinned up behind the sculpture.

Is this disturbing?
LOAD MORE
Filed Under: Polls Places/TravelMuseumsBuildings/AttractionsAttractionsWeirdGraveyard Shift
more popular lists
Death 2M readers Famous Suicides List Songs 61 people have voted on The Best Songs With Shout in the Title Poetry 36 people have voted on The Best Meaningful Poems For A Father's Funeral READ 309.6k people have read There's Convincing Evidence Werewolves Have Been Terrorizing A Small Village In England For Decades