Soap operas are known for their out-of-this-world plots and crazy characters, but some stories are so bizarre they take the cake. Even the greatest soap operas of all time have had their share of weird moments.

From the medical (a stalker implanting embryos into her own womb) to the environmental (remember Luke and Laura trying to stop the Cassadines from freezing the world on General Hospital?) these insane soap opera stories and shocking moments have helped win daytime a legion of fans. And that's not to mention the over-the-top supernatural twists. There are plenty of time travel plots, alien visitations, and magical mishaps on these shows.

From zombie heiresses to extraterrestrial teenagers, this list has them all. But it's up to you to determine the craziest soap opera plots and weirdest moments on daytime soaps.

Days Of Our Lives got pretty zany in the '90s, thanks to head writer James E. Reilly's penchant for supernatural shenanigans. In 1995, heroine Dr. Marlena Evans became possessed by the Devil; she set fire to a church, spoke in tongues, was exorcized by her former husband, and transformed into a jaguar. Oh, and her eyes turned green to symbolize her possession.

Is this over-the-top?
2
The Salem Stalker Fake-Killed An Entire Town On Days Of Our Lives (2003)

Dr. Marlena Evans suddenly decided to kill off many of Salem's most beloved citizens for no reason in the early '00s. This town do-gooder started offing her close friends, making an octogenarian choke on a doughnut and putting a body in a turkey-shaped pinata.

It turned out that Marlena was being framed: the entire town was alive on the island of Melaswen ("New Salem" backwards). The real faux-killer was a local baddie who wanted to break up all the couples in town. 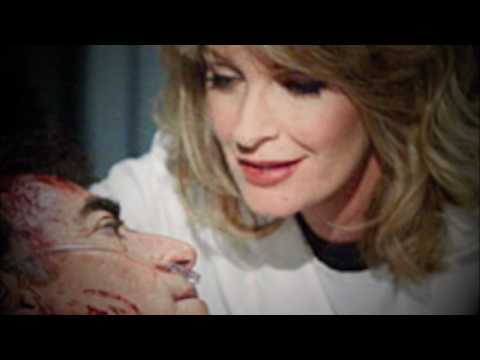 Is this over-the-top?
3
One Woman Turned Another Into A Zombie On Passions (2008)

Passions had some of the zaniest storylines on TV, including the one about Zombie Charity Standish. Charity and her arch-rival, her cousin Kay, battled over the affections of Miguel Lopez-Fitzgerald. Kay once sold her soul to the Devil to condemn Charity; another time, she used a book of spells to freeze Charity and put a zombie version of her rival in her place.

Zombie Charity was supposed to ruin Charity's relationship with Miguel, but then the monster became sentient and decided to destroy Miguel. Charity was eventually freed before her zombie self could kill her, but she needed a heart transplant, which she got from the local witch's living doll companion.

Is this over-the-top?
4
A Princess Went Through A Virtual Garden Of Eden On Days Of Our Lives (2000)

Meet Princess Greta von Amberg, daughter of con artist/royal Princess Gina, lookalike of Salem's own Hope Brady. She used to live in a cave and was dubbed "Swamp Girl" until she had a makeover. In order to claim her long-lost heritage as a princess, she had to venture through a magical Garden of Eden, alongside resident hottie Austin Reed. This bizarre virtual reality included evil versions of Salem residents (and Satan himself made an appearance). 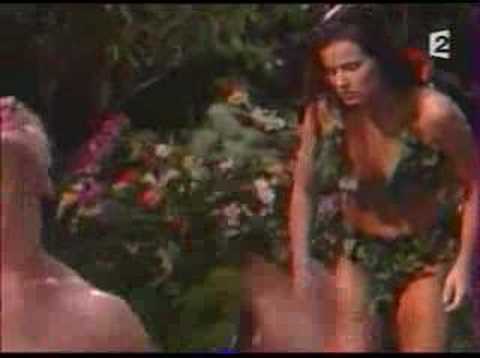