The NFL is not known for outlandish trades. Superstar trades are usually more reserved for the NBA and MLB. But over time, there have been many well-known names that have been moved in the NFL. Often times, the players are moved for draft picks as everyone is always trying to get younger in a league that is filled with injuries.

When trading someone like Steve Young, Jerome Bettis, or Randy Moss you better know what you're doing. Extra draft picks may not be worth the risk of losing a future Hall of Fame player. On the flip side, trading all your draft picks to move up in the Draft to select what you think is a sure thing can also be a drastic mistake. Everyone remembers the Chargers moving up to grab Ryan Leaf with the second overall pick, but the Chargers aren't the only team to make that mistake. Here is a list of the 15 worst trades in NFL history. Vote up which ones you think teams regret the most.
1
Falcons Trade Brett Favre to the Packers
in 1992, the Atlanta Falcons traded Brett Favre to the Green Bay Packers for a first-round pick. The Falcons felt the need to get rid of Favre because ex-Falcons coach Jerry Glanville worried about Favre's drinking at the time. Unfortunetely for Falcons fans, Favre spent 16 miraculaous seaons in Green Bay and became one of the all-time great quarterbacks in NFL history.

#831 of 2,198 The Best Athletes Of All Time #121 of 291 The Most Obnoxious Athleteslisted on Athletes You Didn't Know Were Conservative

#896 of 2,198 The Best Athletes Of All Time #7 of 45 The Best NFL Quarterbacks of the '80slisted on Athletes You Didn't Know Were Conservative

3
Patriots Trade Away Chance at Jerry Rice
In 1985, the Patriots received three picks to move down in the draft, while the Niners moved up to draft Jerry Rice. This goes without saying, but the Patriots probably should've kept their pick and drafted the greatest receiver of all time. Rice went on to help lead the Niners to three Lombardi trophies and break almost every receiving record in the books. 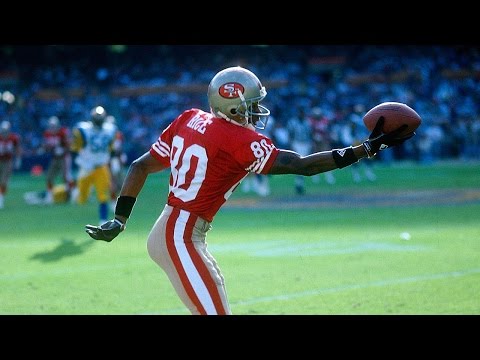 4
Chargers Trade up to Draft Ryan Leaf
In 1998, the San Diego Chargers traded two first-round picks, a second-round pick, Eric Metcalf, and Patrick Sapp to the Arizona Cardinals for the second overall pick in the draft. With the second pick, the Chargers drafted Ryan Leaf and immediately regretted it. Leaf struggled on and off the field and to say he didn't live up to expectations would be a huge understatement. Leaf lasted only two years in San Diego and was out of the NFL entirely after three years.