If you grew up in the '90s you probably watched Rugrats, and were enamored with the adventures of Tommy, Chuckie, Phil, Lil, and Angelica. Everyone remembers Angelica as the bully of the group, but you may not recall just how mean she could be. From turning babies against one another to telling the other rugrats their parents didn't love them anymore, Angelica was basically the Machiavelli of '90s children's television.

Check out the list for all the mean things Angelica did and vote up which you think are worst.

Data-driven recommendations based on voting from over 40 million monthly visits to Ranker. Try the free app
1
Angelica Tells Tommy That Reunions Are Swap Meets for Babies

What She Did: Angelica told Tommy and the babies they would be going home with new parents at the family reunion because their current parents don't love them anymore. Savage!

Why It Was Horrible: To tell a group of babies they won't be going home again is a wonderful recipe for lifelong separation issues.

Is this the worst?
2
Angelica Tells Tommy He Will Disappear After Dil Gets His Old Toys

What She Did: Angelica convinced Tommy that once all his toys disappeared (or, were given to his younger brother, Dil), he would disappear too.

Why It Was Horrible: Tommy felt insecure about his toys and the attention of his parents going to his younger brother. Angelica swooped in and made the situation exponentially worse by convincing Tommy that once his possessions were gone, he would cease to exist. There is a warped existential logic to Angelica's argument, given the state of late capitalism. You know, if you wanna go there.

Is this the worst?
3
Angelica Fakes a Broken Leg

What She Did: Angelica faked a broken leg while visiting her aunt and uncle. She then proceeded to torment Aunt Didi and Uncle Stu remorselessly. For instance, Stu set up a buzzer for Angelica to use in case of emergency, and she used it nonstop to drive him nuts.

Why It Was Horrible: She had absolutely no remorse for lying or what she put Stu and Didi through. 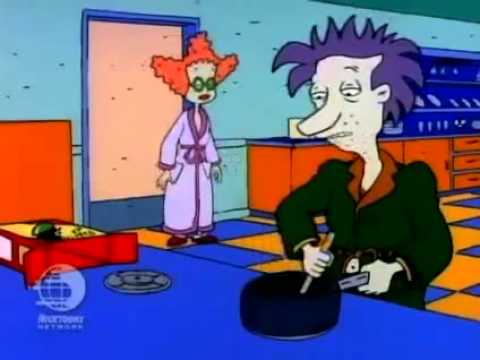 Is this the worst?
4
Angelica Turns the Twins Against One Another

Why It Was Horrible: Angelica uses mind games to turn the twins against one another. After turning them against one another, she tries to take their place in their eyes of their parents. You didn't know Rugrats was a Shakespearean tragedy, did you?

The Most Alluring Poison Ivy Pictures

The Steamiest College Romance Novels Ever