19 LISTS '90s TV for KidsThe 1990s brought a wave of amazing, unforgettable programming designed specifically for kids. Let's rank 'em.
The Worst Things Ren Did to Stimpy The Very Best Cartoons of the 1990s The After-School Shows You Never Missed The Greatest 1990s Cartoon Characters Adult Jokes in Cartoons You Didn't Get as a Kid Super Weird Shows on Kids WB Crazy Good Fan Theories About '90s Cartoons The Most-Missed Shows from TGIF The Greatest Kids Game Shows for '90s Kids The Best '90s Shows on Nickelodeon Ranking the Best Shows on SNICK The Greatest Nick Cartoons of the '90s Strangest Shows That Had Puppets Ranking the Top '90s Theme Songs The Best Fictional Celebs on Doug Darkwing Duck's Funniest Openers The Many Loves of Zack Morris Scariest Eps of Are You Afraid of the Dark? Great Moments from All That
Photo: Nickelodeon

Ren was often on the receiving end of the worst things on Ren and Stimpy, but he deserved it. You see, Ren was all about making Stimpy his punching bag. Whether it was physical abuse, constant insults, or using his feline friend for personal gain, Ren was always doing horribly messed up things to Stimpy. And fans loved every second of it.

The original Ren and Stimpy Show, remains pretty raunchy and un-kid friendly. The kind of abuse it contains, and the kind of neurotic anger Ren unleashes on Stimpy are staples of the show's humor, despite being signs of an obviously co-dependent relationship. Ren being a jerk to Stimpy became something kids regularly looked forward to.

So, what were the worst things Ren did to Stimpy? It's hard to pick, but we've come up with a list of some of the finest, grossest, and funniest examples of Stimpy abuse. You can vote up the ones you think are best, and hopefully this list brings you a little happiness and joy.

1
He Made Stimpy Vomit for Profit
Upon finding that Stimpy's hairballs are worth a pretty penny, Ren doesn't hesitate to use that to his advantage. He begins selling the disgusting blobs, forcing Stimpy to vomit over and over again on an assembly line. Eventually, this breaks something inside of Stimpy, leaving him unable to vomit and without a will to live. Oh, and he also makes Stimpy lick back hair? 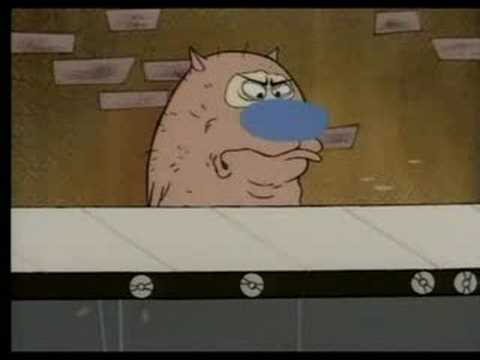 Was this messed up?
2
He Jealously Plotted to Kill Stimpy for Being More Popular than Him
When Ren finds out that Stimpy has a fan club, his first instinct is naturally to kill him. That's right, because his friend is more popular than he is, Ren feels the need to plot his demise. Even when Stimpy asks him to be president of the fan club, Ren still fantasizes about killing him and wiping out vast swathes of humanity, too. Not exactly what you'd call humble admiration. 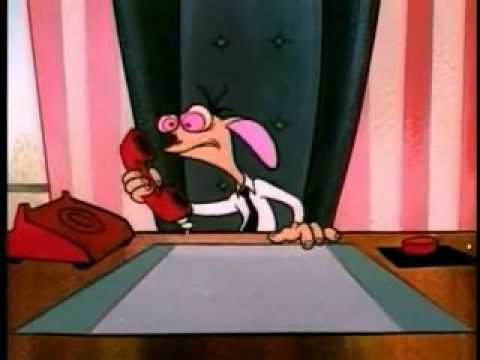 Was this messed up?
3
He Peed on an Electric Fence to Kill Them Both
Ren is pretty distressing in this episode. When Stimpy and a visitor completely trash the place, Ren has a few choice words about what he wants to do to them, delivered in an uncharacteristically calm, measured voice. But instead of following through on his threats, he sees a board game called "Don't Whiz on the Electric Fence." Well, he does exactly what the game cautions against, peeing on the electric fence and killing them all in the process. Ren and Stimpy end up in hell, which isn't terribly surprising.