26 LISTS Lifestyles of the Very WealthyLook: Some people have so much money that they just can't possibly live normal lives or even behave like regular human people. These are their stories.
Disgustingly Rich Kids of Snapchat Worst Rich Kids of Instagram How Aristocrats Spent Their Money How Celeb Kids Blow Their Money Employees on the Celebrity Payroll Real Life Rich Supervillains The Rise & Fall of the Vanderbilts Celebrities Who Fly Coach Severe Cases of Affluenza How Top Dealers Have Balled Out Things to Know About Rupert Murdoch Wealthy Dogs on Social Media Nightmare Tales from Personal Shoppers Characters Who Are Living Large Opulence of the Gilded Age Depressing Rich Kid Prom Pics The Worst Cases of 'Rich Kid Syndrome' Ever Heirs to Billion Dollar Companies Wealthy People You've Never Heard Of What to Do with Instant Wealth?
Photo: via Instagram

Did you know that several YouTubers have bought giant houses off of their earnings? While some of that revenue comes from video views, a lot comes from tours, merch, and public appearances. It can all add up pretty fast, and next thing you know, 16 year-old JoJo Siwa is moving her family into a $3.4 million house. Now that's the dream.

Who are the wealthiest YouTubers out there? Controversial 24-year-old Logan Paul is certainly a contender, and it shows in the lavishness of his YouTube mansion. The Logan Paul house is worth over $6 million. The Shane Dawson new house, which he shares with fiancé Ryland Adams, is less out-there in its design, but still very impressive. The Jenna Marbles house tour video is a bit different, as the star begins the vlog by speaking about how guilty she feels for having the money to buy a big house.

The Pewdiepie house video, on the other hand, was made into a big joke. Instead of focusing on his his home’s stunning interior in his YouTube house tour, he spends the majority of the time in a kid’s blow-up play pool in the yard. The Dolan Twins were happy to share a look at their home - though, to be fair, the Dolan Twins house is tucked away so you can’t see it from the street. The Tana Mongeau house is probably about as over-the-top as you would imagine. She reportedly has her own Olympic-sized swimming pool. The CJ So Cool house and JoJo Siwa house boast crazy amenities, such as a dirt bike path and a 7-Eleven station.

Keep reading to drool over the gorgeous estates of these affluent YouTubers. Whether it's a Cape Cod-style house or an open Mediterranean floor plan, we can't get enough of these insanely nice digs, and the stars' over-the-top YouTube home tours. Vote up the YouTubers houses you would most like to live in.

Jeffree Star's mansion is worth $14.6 million and stretches across 20,000 square feet. There's a 10-car garage, a two-story gym, a movie room, and a 5,400 square foot "Beauty Barn," complete with a hair salon and manicure station.

Did we mention the gigantic pool? With eight bedrooms, his assistant and full-time body guard will be moving in. 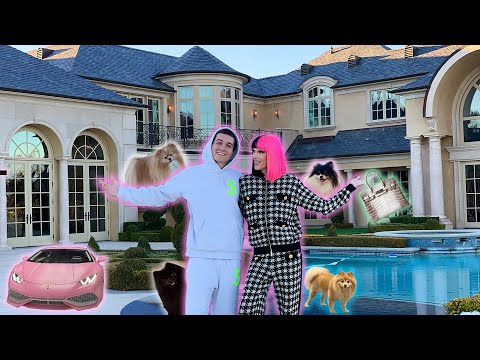 Would you move in?

Welcome to Logan Paul's $6.55 million house in Encino, CA. It's roughly 9,000 square feet, and has a giant, sprawling backyard. The five-bathroom, seven-bedroom estate even has its own wine cellar, which perfectly complements the modern farmhouse vibe it has going on. 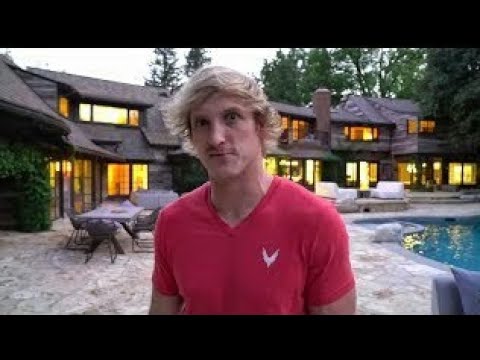 Would you move in?
3
Tana Mongeau

Tana Mongeau revealed her 6,000 square foot mansion to her fans in a lengthy vlog. The house holds 6 bedrooms, 6.5 baths, and an Olympic-sized swimming pool. It's even got a gaming space, if you're into that sort of thing. 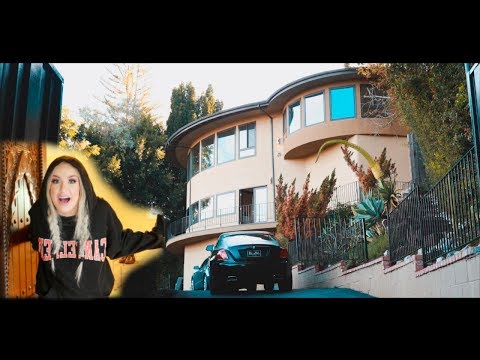 Would you move in?
4
James Charles

James Charles bought a $2.4 million house in the Encino region of Los Angeles. The Cape Cod-style house is 5,137 square feet, with 5 bedrooms and 6.5 baths. Although the house was only built  in 2016, of course it underwent a makeover to suit Charles' liking. 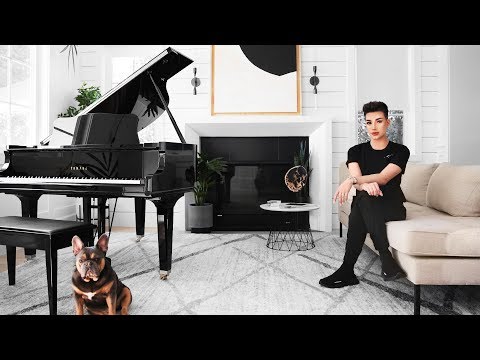 Would you move in?