24 LISTS These Go to Eleven The greatest, funniest, and most iconic movie and TV quotes from your all-time favorite comedies (and a few you probably haven’t seen).

You Ever Take It Off Any Sweet Jumps?
Bueller? Bueller?
We're Going Streaking
Blessed Are the Cheesemakers
Groovy, Baby. Yeah!
Have You Seen My Stapler?
On Wednesdays We Wear Pink
That Rug Really Tied the Room Together
Needlenose Ned? Ned the Head?
SNL Bloopers
In the Hole
You Stay Classy, San Diego
Karate in the Garage?
It's Got Electrolytes
Existence Is Pain
Terry Loves Yogurt
I Object!
You Like Ice Cream?
Pretty, Pretty, Pretty, Pretty Good
Oh, Hi, Mark!
Photo: This Is Spinal Tap/Embassy Pictures

"Zoolander" movie quotes allow viewers to get inside the head of three-time male model of the year Derek Zoolander as he ponders the important things, like if there is more to life than being really, really, really, ridiculously good looking. So grab an orange mocha frappaccino and some crazy pills and enjoy the finer moments from the 2001 comedy film "Zoolander."

Along the way, viewers learn that being a male model is tough, especially when all of your roommates die in a freak gasoline fight accident and you have to give their eugoogooly at the funeral, then someone offers you a center for ants instead of a Derek Zoolander Center for Kids Who Can't Read Good and Want to Learn How to Do Others Things Good Too. It gets worse when you're not an ambi-turner, you know, someone who can't turn left, and you're brainwashed at a day, spelled D-A-I-Y-E, spa.

As awesome as these funny "Zoolander" quotes are, the film was considered somewhat of a flop when it was first released. It later became somewhat of a cult favorite and attracted such a strong following that Ben Stiller, Owen Wilson and many others have signed on to produce a sequel, set to hit theaters in 2013. So practice your Blue Steel, your La Tigra and of course your Magnum. Zoolander is back, baby!

1
A Center For Ants

Mugatu: "Let's get back to the reason that we're really here. Without much further ado, I give you the Derek Zoolander Center For Kids Who Can't Read Good."
Derek Zoolander: (Looks at the tiny scale model of the proposed center) "What is this?!? A center for ants?!?"
Mugatu: "What?"
Derek Zoolander: "How can we be expected to teach children to learn how to read if they can't even fit inside the building?"

Ah, poor Derek Zoolander is finally offered his own center for kids who can't read good and want to learn how to do other stuff good too, but in a confused state has no idea that the scale model he's shown of the building is only a tiny model, not the actual finished product. 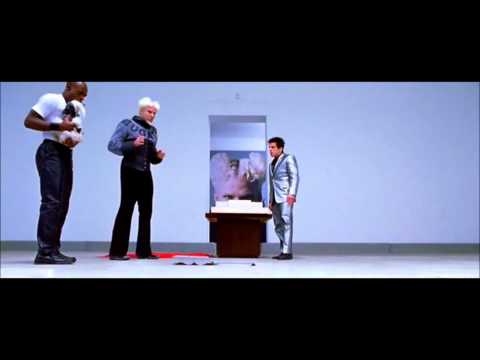 Derek Zoolander: (Speaking in a television commercial) "Moisture is the essence of wetness, and wetness is the essence of beauty."
Larry Zoolander: "Why'd you have to come back to this town?"
Derek Zoolander: "I wanted to create a new life for myself. I'm sorry I was born with this perfect bone structure, that my hair looks better done up with gel and mousse than hidden under a stupid hat with a light on it. All I ever wanted to do was make you proud of me, pop."
Larry Zoolander: "With what?!? Your male modeling?!? Prancing around in your underwear with your wiener hanging out for everyone to see?!? You're dead to me boy. You're more dead to me than your dead mother. I just thank the lord she didn't live to see her son as a mermaid."
Derek Zoolander: "Merman!" (coughs) "MERMAN!" 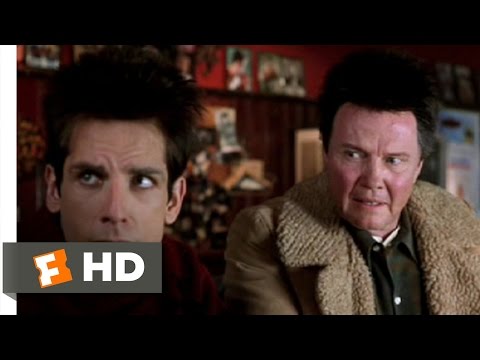 After losing the Male Model of the Year Award in embarrassing fashion to rival model Hansel, Derek Zoolander has one of his deepest thoughts ever. Derek ponders if there's more to life than being nice on the eyes, much to the confusion of his model housemates. 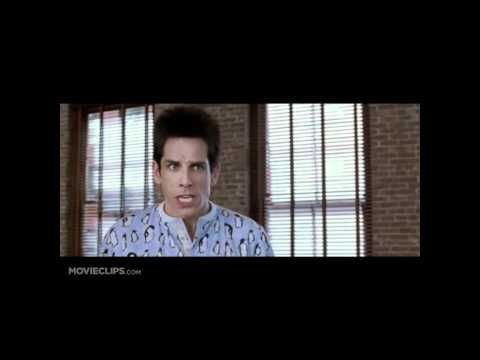 Mugatu: "SHUT UP! Enough already, Ballstein! Who cares about Derek Zoolander anyway? The man has only one look, for Christ's sake! Blue Steel? Ferrari? Le Tigra? They're the same face! Doesn't anybody notice this? I feel like I'm taking crazy pills! I invented the piano key necktie, I invented it! What have you done, Derek? NOTHING! YOU'VE DONE NOTHING! NOTHIIIING! And I will be a monkey's uncle if I let you ruin this for me, because if you can't get the job done, then I will!"

Right as it's time for Derek Zoolander to kill the Prime Minister of Malaysia, he stops, much to the displeasure of Mugatu, who follows with a lengthy tirade about everything from inventing the piano key necktie eons ago to how Derek Zoolander looks are all the same. As much as assassinating foreign leaders is bad, Mugatu does have a point. 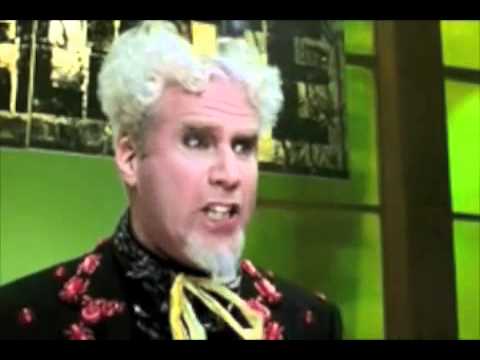 Members of the House Of Hohenzollern

The Best Rappers From New Jersey