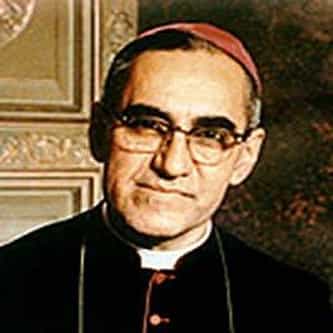 Saint Óscar Arnulfo Romero y Galdámez (15 August 1917 – 24 March 1980) was a prelate of the Catholic Church in El Salvador who served as the fourth Archbishop of San Salvador. He spoke out against poverty, social injustice, assassinations, and torture amid a growing war between left-wing and right-wing forces. In 1980, Romero was assassinated while celebrating Mass in the chapel of the Hospital of Divine Providence. Though no one was ever convicted for the crime, ... more on Wikipedia

Óscar Romero IS LISTED ON