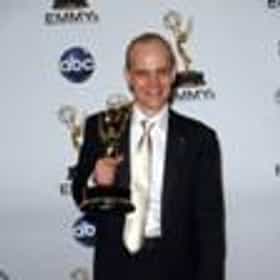 Željko Ivanek (né Šimić-Ivanek; ; Slovene: [ˈʒɛːlkɔ iˈʋaːnək]; born August 15, 1957) is a Slovenian-American actor, known for his role as Ray Fiske on Damages, for which he won a Primetime Emmy Award. Ivanek is also known for his role of Ed Danvers on Homicide: Life on the Street and Homicide: The Movie, Governor James Devlin on Oz, Andre Drazen on 24, Blake Sterling on the short-lived NBC series The Event, and Emile "The Hunter" Danko on Heroes. Since 2014, he has starred as Russell Jackson in the CBS drama Madam Secretary. ... more on Wikipedia

Željko Ivanek is ranked on...

How to Pronounce Tricky Celebrity Names 16.2k VIEWS Not every celebrity name is as straight-forward as "Tom Hanks" and you won't find him anywhere near this list, whi...
Celebrities Who Turned 60 in 2017 50.5k VIEWS Many celebrities are celebrating their 60th birthdays in 2017, but don't call them senior citizens just yet. These Hollywood...

Željko Ivanek is also found on...