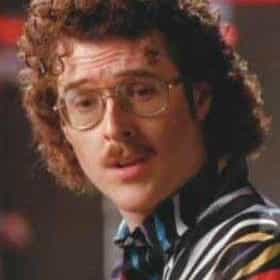 Alfred Matthew "Weird Al" Yankovic ( YANG-kə-vik; born October 23, 1959) is an American singer-songwriter, record producer, satirist, actor, voice actor, music video director, comedian, and author. He is known for his humorous songs that make light of popular culture and often parody specific songs by contemporary musical acts; original songs that are style pastiches of the work of other acts; and polka medleys of several popular songs, featuring his favored instrument, the accordion. Since his first-aired comedy song in 1976, he has sold more than 12 million albums (as of 2007), recorded more than 150 parody and original songs, and performed more than 1,000 live shows. His ... more on Wikipedia

The Childhood And Primordial Origin Story Of 'Weird Al' Yankovic 4.2k views Though born as Alfred Matthew Yankovic, the prince of parody is known as Weird Al. If you're curious about what Weird Al was...

"Weird Al" Yankovic is ranked on...