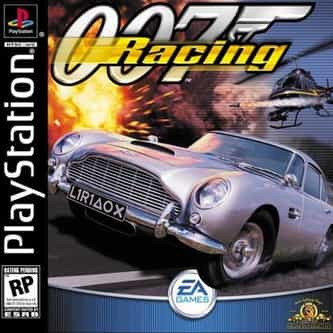 007 Racing is a racing video game based on the James Bond license. It was developed by Eutechnyx, published by Electronic Arts, and released in 2000 exclusively for the PlayStation console system. This game marks the seventh appearance of Pierce Brosnan's James Bond; the game included his likeness but not his voice. Including many revived characters from previous entries, the game is considered to be a spin-off out of the original chronicles. ... more on Wikipedia