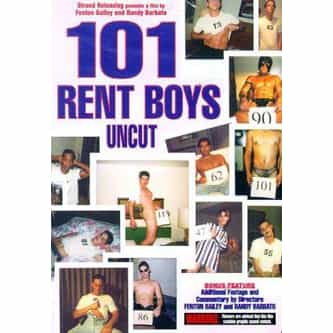 101 Rent Boys is a 2000 documentary film that explores the West Hollywood hustler scene. The producers recruited 101 hustlers from on and around Santa Monica Boulevard and paid each of them $50 for their time. The boys, who were from diverse ethnic, racial, regional and economic backgrounds, were interviewed in motel rooms on such topics as how they entered into prostitution, their sexual orientation, drugs and their first johns. The film focuses on a few of the boys more extensively while ... more on Wikipedia

Gay Movies: List of All Gay Films Famous Movies Filmed in California List of All Movies Released in 2000