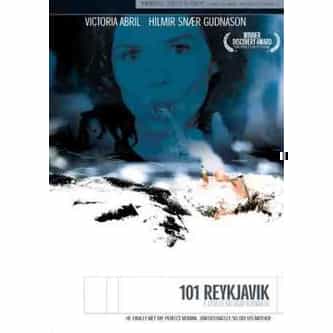 101 Reykjavík is a 1996 novel by Hallgrímur Helgason which found international fame in 2000 when made into a film. Both are set in Reykjavík, Iceland. The film was directed by Baltasar Kormákur and stars Victoria Abril and Hilmir Snær Guðnason. The title is taken from the postal code for down-town Reykjavík, "the old city". The film won nine B-class film awards and received ten nominations most notably winning the Discovery Film Award ... more on Wikipedia

101 Reykjavík IS LISTED ON