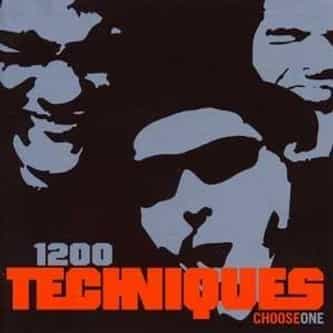 1200 Techniques are an Australian hip hop group consisting of the old school 80's Aerosol Artist & Founder Dj Peril Guitarist. They formed in 1997, initially with N'fa's brother, Kabba, who moved to London in 1998. Their first album, Choose One (2002), was a crossover success which debuted at #20 in the Australian music charts, leading to an ARIA award nomination for "breakthrough artist" and winning "best debut artist" and "best hip-hop act" awards at the ... more on Wikipedia