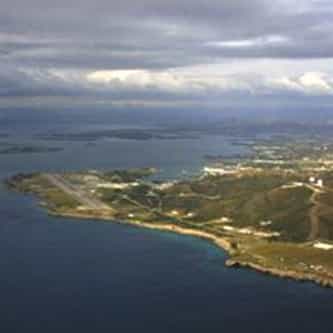 The Battle of Guantánamo Bay was fought from June 6 to June 10 in 1898, during the Spanish–American War, when American and Cuban forces seized the strategically and commercially important harbor of Guantánamo Bay, Cuba. Capturing the bay from the Spanish forces was instrumental in the following Battle of Santiago de Cuba and the subsequent invasion of Puerto Rico. Although overshadowed by the land and sea battles at Santiago, the establishment of the United States naval base ... more on Wikipedia