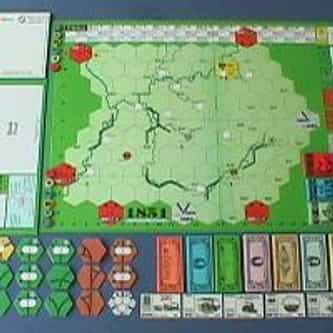 18XX is the generic term for a series of board games that, with a few exceptions, recreate the building of railroad corporations during the 19th century; individual games within the series use particular years in the 19th century as their title, or "18" plus a two-letter geographical designator. The games 2038, set in the future, and Poseidon and Ur, 1830 BC, both set in ancient history, are also regarded as 18XX titles as their game mechanics and titling nomenclature are similar ... more on Wikipedia

18XX IS LISTED ON