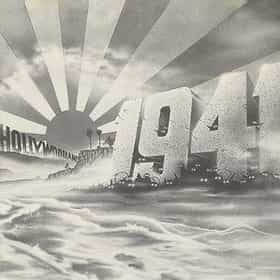 1941 is a 1979 period comedy film directed by Steven Spielberg, written by Robert Zemeckis and Bob Gale, and featuring an ensemble cast including Dan Aykroyd, Ned Beatty, John Belushi, John Candy, Christopher Lee, Toshiro Mifune, and Robert Stack. The story involves a panic in the Los Angeles area after the December 1941 attack. Although not as financially or critically successful as many of Spielberg's other films, it received belated popularity after an expanded version aired on ABC and its subsequent home video reissues, raising it to cult status. ... more on Wikipedia