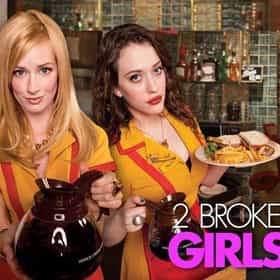 2 Broke Girls is an American television sitcom created for Warner Bros. Television by Michael Patrick King and Whitney Cummings. It premiered in the United States on CBS on September 2011, and is currently commissioned for a fifth season. Set in the Williamsburg neighborhood of Brooklyn, New York City, the show's plot follows the lives of roommates Max Black and Caroline Channing. Whereas Channing was raised as the daughter of a multi-millionaire, Black grew in poverty, resulting in differing perspectives on life, although together they work in a local diner while attempting to raise funds to start a cupcake business. The first episode aired at 9:30 pm after Two and a Half Men on ... more on Wikipedia