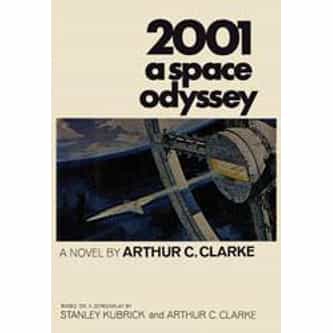 2001: A Space Odyssey is a 1968 science fiction novel by Arthur C. Clarke. It was developed concurrently with Stanley Kubrick's film version and published after the release of the film. Clarke and Kubrick worked on the book together, but eventually only Clarke ended up as the official author. The story is based in part on various short stories by Clarke, most notably "The Sentinel". By 1992, the novel had sold 3 million copies worldwide. For an elaboration of Clarke and Kubrick's ... more on Wikipedia