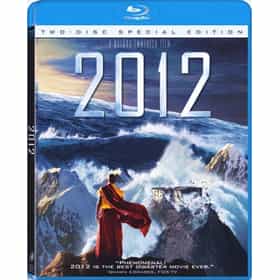 2012 is a 2009 American science fiction disaster adventure film directed and co-written by Roland Emmerich. It stars John Cusack, Chiwetel Ejiofor, Amanda Peet, Oliver Platt, Thandie Newton, Danny Glover, and Woody Harrelson. It was produced by Sony Pictures and distributed by Columbia Pictures. Filming began in August 2008 in Vancouver, although it was originally planned to be filmed in Los Angeles. The plot follows Jackson Curtis as he attempts to bring his family to refuge, amidst the events of a geological and meteorological super-disaster. The film includes references to Mayanism, the Mesoamerican Long Count calendar, and the 2012 phenomenon in its portrayal of cataclysmic events ... more on Wikipedia