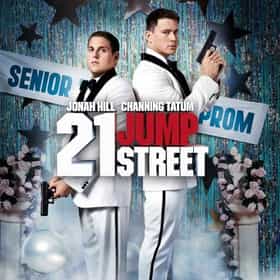 21 Jump Street is a 2012 American action comedy film directed by Phil Lord and Christopher Miller, executive produced by and starring Jonah Hill and Channing Tatum, and scripted by Michael Bacall from a story by him and Hill. An adaptation of the 1987 television series of the same name by Stephen J. Cannell and Patrick Hasburgh, the film follows two police officers who are forced to relive high school when they are assigned to go undercover as high school students to prevent the outbreak of a new synthetic drug and arrest its supplier. It was released theatrically on March 16, 2012, by Columbia Pictures and Metro-Goldwyn-Mayer and was both a critical and commercial success. A sequel, ... more on Wikipedia

Movies with Cinematography by Barry Peterson