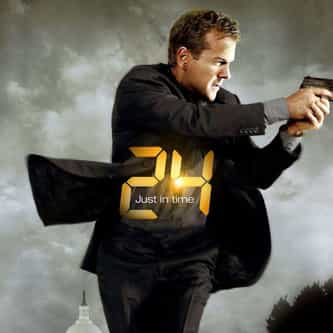 24 (Fox, 2001) is an American drama television series created by Joel Surnow and Robert Cochran. Jack Bauer (Kiefer Sutherland), Director of Field Ops for the Counter-Terrorist Unit of Los Angeles, races against the clock to subvert terrorist plots and save his nation from ultimate disaster. ... more on Wikipedia