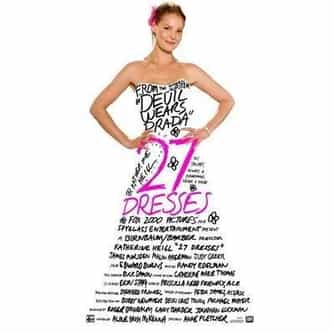 Tagline
She's about to find the perfect fit

27 Dresses is a 2008 romantic comedy film directed by Anne Fletcher and written by Aline Brosh McKenna. The film stars Katherine Heigl and James Marsden. The film was released January 10, 2008 in Australia and opened in the United States on January 18. ... more on Wikipedia

27 Dresses IS LISTED ON