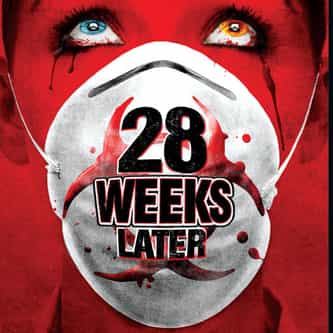 Tagline
When days turn to weeks
the horror returns

28 Weeks Later is a 2007 British-Spanish post-apocalyptic science fiction horror film, structured as a sequel to the 2002 critical and commercial success, 28 Days Later. 28 Weeks Later was co-written and directed by Juan Carlos Fresnadillo, with Danny Boyle and Alex Garland, respectively director and writer of 28 Days Later, now acting as executive producers. It was released in the United Kingdom and United States on 11 May 2007. The on-location filming took place in London and 3 Mills ... more on Wikipedia

28 Weeks Later IS LISTED ON