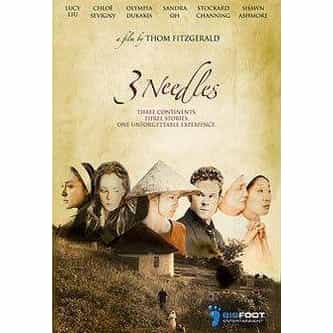 3 Needles is a 2005 Canadian drama film directed by Thom Fitzgerald. The title refers to the three main characters who make a deal with the Devil in order to survive a global epidemic. The plot deals with interwoven stories of persons around the world who are dealing with HIV and AIDS, and stars Shawn Ashmore, Olympia Dukakis, Lucy Liu, Stockard Channing, Chloë Sevigny, and Sandra Oh. The film was screened at various film festivals, and was given a limited release in the United States ... more on Wikipedia

3 Needles IS LISTED ON