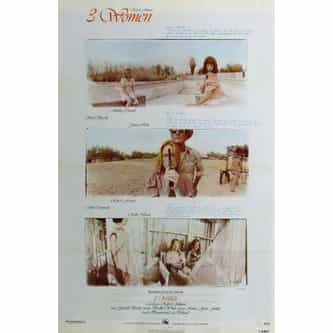 3 Women is a 1977 American film written and directed by Robert Altman, and starring Shelley Duvall, Sissy Spacek and Janice Rule. It depicts the increasingly bizarre, mysterious relationship between a woman and her roommate and co-worker in a dusty, underpopulated Californian town. The story came directly from a dream Altman had, which he did not fully understand but nonetheless adapted into a treatment, intending to film without a script. 20th Century Fox financed the project on the basis ... more on Wikipedia

3 Women IS LISTED ON