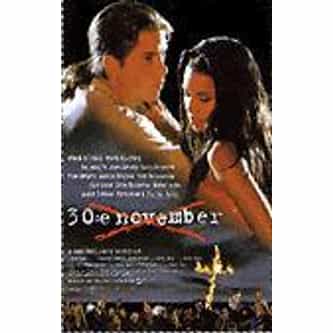 30:e november is a Swedish film released in 1995. It premiered on 10 March 1995, has been shown on Sveriges Television and TV4, and was released on video in September 1995. The TV and video versions run at 111 minutes. It is a reinterpretation of Romeo and Juliet, mostly the scene for scene. The plot starts with Adam and a gang of white power skinheads setting a reception center for asylum-seekers on fire. One of those fleeing the center is Julia from Peru, and for Adam, it is love at ... more on Wikipedia