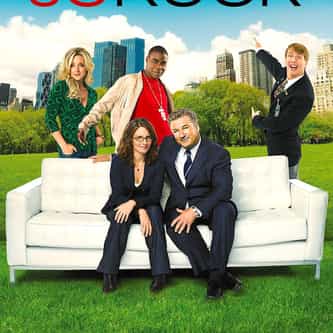 30 Rock (NBC, 2006) is an American satirical television sitcom created by Tina Fey. The series, which is loosely based on Fey's experiences as head writer for Saturday Night Live, takes place behind the scenes of a fictional live sketch comedy series depicted as airing on NBC. The series' name refers to 30 Rockefeller Plaza in New York City, the address of the GE Building, in which the NBC Studios are located. This series is produced by Broadway Video and Little Stranger, Inc., in ... more on Wikipedia

1.7k votes The Best 30 Rock Characters of All Time

488 votes The Best 30 Rock Episodes of All Time

55 votes The Most Important Episodes Of '30 Rock'

30 Rock IS LISTED ON

best kardashian episodes, the biggest loser, most popular tv shows of the 70s, two and a half men episodes, rich kids of insta, joan jett girlfriend, best 90s cartoons, anime boys that look like girls, the best drama series of all time, angel of cancer zodiac