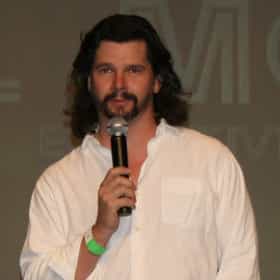 "33" is the first and pilot episode of the reimagined military science fiction television program Battlestar Galactica, immediately following the events of the 2003 miniseries. "33" follows Galactica and her civilian fleet as they are forced to contend with constant Cylon pursuit for days without sleep; they are forced to ultimately destroy one of their own ships to foil the Cylons and earn their first respite of the series. The episode was written by series creator Ronald D. Moore, and the television directoral debut of Michael Rymer. Moore and executive producer David Eick made the decision to slot this episode as the first of the season because of its potential ... more on Wikipedia